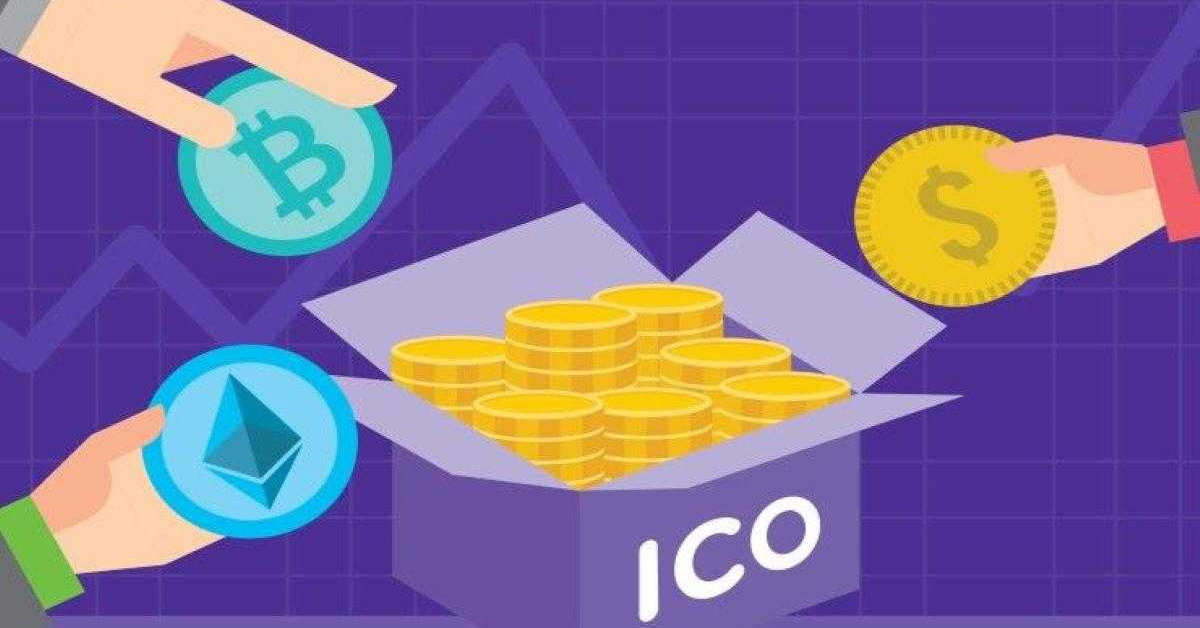 When a company decides to have an ICO, it announces the date, rules, and buying process in advance. On the date of the ICO, investors can buy the new cryptocurrency.

ICOs are one of the best ways crypto companies can raise funds to develop a product or service. An ICO can be described as the cryptocurrency equivalent of an initial public offer (IPO) on the stock market. Although it is possible to wrap some profits from ICOs, they are extremely risky due to a lack of regulation.

There is quite a bit you should know before you start investing. If you want to invest in ICOs right away, here is a quick guide that can help:

What Is an Initial Coin Offering (ICO)?

An initial coin offering is the cryptocurrency industry’s equivalent to an initial public offer (IPO). An ICO is a crypto project’s method to raise funds to create a new currency, app, or service.

Investors interested in investing can purchase an initial coin offer (ICO) to receive a new cryptocurrency token from the company or project. The tokens offered by the ICO can have utility in that project or software.

In 2017, the crypto market was booming and so was the number of ICOs. However, most of them never delivered the promised service and investors lost their investment. Many others have failed to perform well or turned out to be fraudulent. To participate in an ICO, the investor requires to purchase a more established crypto. This requires some research on how cryptocurrency exchanges and crypto wallets work. Note that ICOs are unregulated most of the time, so investors should exercise caution when researching and investing in them.

Crypto companies and projects are announcing their ICOs in advance. They clearly explain the available methods for investing in the ICO. Other financial information is available, such as the tokenomics of the project and future spending. When the date of the ICO comes, investors can purchase the project’s token through the ICO.

Most ICOs require that investors pay with another cryptocurrency. Two of the most popular choices are Bitcoin (BTC) and Ethereum (ETH). There are also ICOs that accept fiat currency.

Typically, the purchase involves sending money to a specific crypto wallet account. To receive their crypto, investors must provide their own crypto address. Depending on the type of ICO, they can offer a fixed or variable number of tokens that can be purchased during the ICO, as well as the price per token.

Basically, an ICO can offer:

An ICO can be launched by anyone. This process allows for many new forms of cryptocurrency to be launched because of its low entry barrier.

Since ICOs are a popular way to raise funds for crypto projects, there have been some ICOs that were successful. Here are the most notable ICOs that crypto investors might remember:

How to start your own ICO

Anyone can create an ICO and use it to raise funds for a crypto project. Here are the main steps to start your own ICO.

While nobody can know for sure, if you’ve done everything well, you may receive enough funds to start working on your project. Successful ICOs have always been very transparent in the way they used the fund for the project. Communication should always be clear and present on the most used platforms for crypto projects – Telegram, Twitter, Discord, and Reddit.

All these plans you have for the projects should be clearly presented on your website and then followed through. After so many failed ICOs, crypto investors will be wary when considering new ICOs.

ICOs can often be compared to initial public offerings (IPOs). Within an IPO, a private company is listed on a stock exchange where investors can buy small parts of the company, known as shares. Both methods can be used by companies to raise funds.

The major difference between ICOs and IPOs is the fact that IPOs involve selling securities and therefore are subject to stricter regulations. For instance, an IPO company must file a registration declaration with the country’s regulatory authority to get it approved. For US companies, they must file the registration with the U.S. Securities and Exchange Commission and obtain its approval. A prospectus should be included in the registration statement containing financial statements and potential risk factors.

An ICO is the sale or purchase of a cryptocurrency. It's not security. It doesn't need to meet the same requirements as IPOs. However, if a company tries and skip the requirements by conducting an ICO to obtain something that meets the definition of security it could be in trouble. A famous example is Ripple. The company has sold XRP cryptocurrency, and the SEC has filed a lawsuit against them, claiming that the coin is, in fact, a security. The lawsuit should have a clear verdict in 2023.

The main difference between these crowdfunding models is the way a project is carried out. ICOs are usually run at the beginning of a project and offer a detailed project development plan and milestones. IPOs, in contrast, are commonly run when the company has already been developed and is stable, with a proof of concept and ready-to-try-out product version.

Whereas IPOs aims to:

Volvo, Porsche, Rivian, Reddit, or Discord are examples of popular IPOs in 2022.

Should you invest in an ICO?

Investors should always engage in due diligence before supporting a new company. For novice investors, it's easy to succumb to herd instinct or fear of missing out (FOMO). When it comes to ICOs, there are at least four things to consider: the white paper, the team and its partnerships, the business case, and tokenomics.

Assess the project's vision, the problems it is trying to solve, and the quality of its team of developers. It is vital to understand whether the project has great prospects. Good projects will tend to achieve their objectives and deliverables. In the long run, the price of the project's cryptocurrency tends to reflect its success.

ICO investors can manage highly risky investments and are willing to research all aspects of potential new investments thoroughly. The main drawbacks of ICOs are the fact that these types of offerings are not regulated by any financial authority, and anyone can create one.

If you can manage the risk associated with ICOs, you may be able to wrap some profit and support an ambitious project. But that is not guaranteed, even if the project uses the ICO funds to develop its product further.

IPOs, on the other hand, has a long history in financial markets. Since the 18th century, Initial Public Offerings (IPOs) have enabled investors to get involved in the business development of public companies. This type of investment option is much older and has a range of advantages. These shares come with voting rights and the ability to receive dividends. Even with traditional shares, you may find crypto stocks, crypto ETFs, and blockchain-linked shares and ETFs. Some of these investment tools can be very specific, such as metaverse stocks or metaverse ETFs.

Whereas an Initial Coin Offering (ICO) attracts thousands of people to purchase company tokens for project development, an initial public offering sells shares to a particular set of investors. An IPO requires a developed product prototype, while for an ICO, it is enough to have a promising idea.

Investors looking to gain some exposure to this emerging market might also be interested in less risky investments, such as already-established cryptos. Some crypto coins have been available for many years, and experts are able to classify them based on their market cap and other developments. Check out the best cryptos in 2023 and new cryptocurrencies with potential in the future if you want to invest in cryptocurrency.

Before you start investing and trading in cryptocurrency, you should consider using the educational resources we offer, like CAPEX Academy or a demo trading account. CAPEX Academy has lots of courses for you to choose from, and they all tackle a different financial concept or process – like the basics of analyses – to help you to become a better trader or make more-informed investment decisions.

Our demo account is a suitable place for you to learn more about leveraged trading, and you’ll be able to get an intimate understanding of how CFDs work – as well as what it’s like to trade with leverage – before risking real capital. For this reason, a demo account with us is a great tool for stock investors who are looking to make a transition to leveraged trading.

How do you know when new coins are launched?

You can find new crypto coins on crypto exchanges and websites. Most of these dedicated websites, such as CoinMarketCap and CoinGecko, list new coins often. Other sources for discovering new crypto coins may be social media channels like Twitter and Reddit.

Usually, ICOs are unregulated token offerings that resemble initial public offerings. Some countries have set some legal guidelines for launching ICOs, while others have completely banned them. Investors should research the legality of ICOs in their country before investing.

What is an ICO used for?

An Initial Coin Offering (ICO) is a crowdfunding mechanism for cryptocurrency projects to raise funds. An ICO is similar to Initial Public Offering (IPO) made by companies. In exchange for the funds, investors receive the project’s token. If the developers manage to create a successful crypto project, then the investor’s tokens might rise in value over time.

Who can launch an ICO?

Anyone can launch an ICO. To launch an ICO, you need to come up with an idea that is worth an ICO and also invest in building a website, creating a whitepaper, and conducting a successful marketing campaign. While anyone can create an ICO, many fail over time, as they cannot live up to their promises and others are simply fraudulent.

Crypto Index Funds are a popular way for investors to be exposed to some of the most cryptocurrencies and blockchain tokens.

Since NFTs are only accessible to cryptocurrency users, traditional investors may also gain exposure to NFTs by investing or trading in NFT stocks.

You’ll want to choose an NFT that you feel has an upside potential. However, as any NFT could become effectively worthless, you should look at NFT-linked assets also.