What is a Dollar Index and How to Trade it? 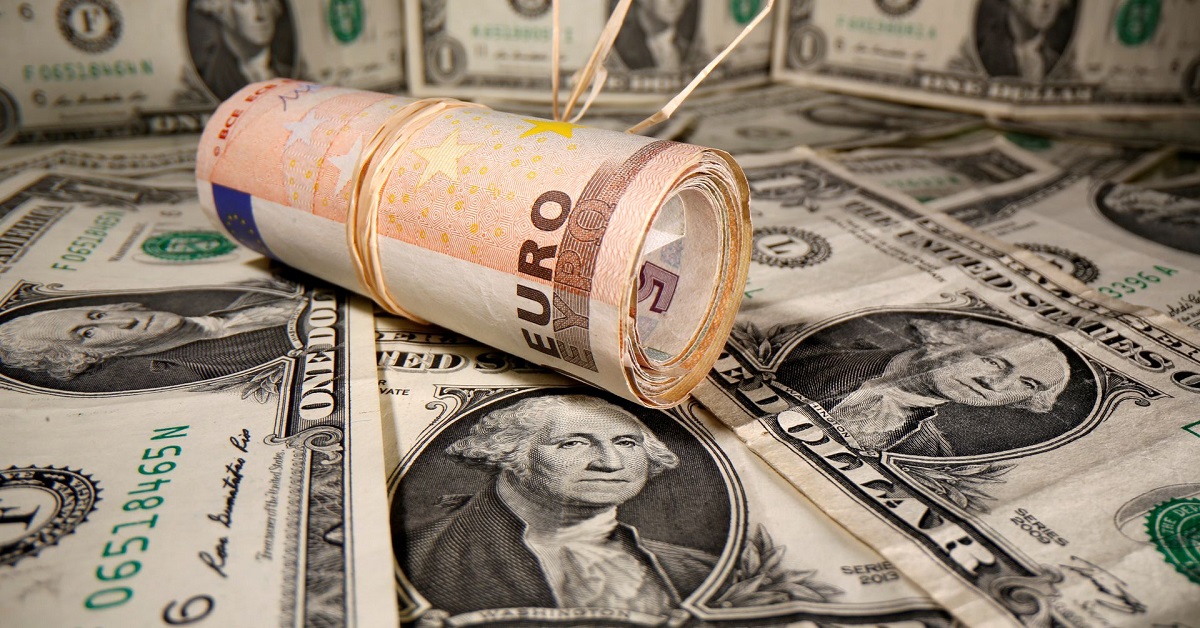 US Dollar Index (DXY) trading allows investors to gain exposure to the foreign exchange markets (FX) based on the US dollar, the global reserve currency. The American dollar is highly liquid and responds to global market trends as well as what is happening in the US economy, providing opportunities for traders. Moreover, investors can use the US Dollar Index to hedge their portfolios against the risk of a move in the value of the US dollar.

If you want to trade the US Dollar Index (DXY), follow these three steps:

What is a Dollar Index (DXY)?

The US Dollar Index – known as USDX, DXY, DX, and USD Index – is a measure of the value of the United States Dollar (USD) against a weighted basket of currencies used by US trade partners. The index will rise if the dollar strengthens against these currencies and fall if it weakens.

The DXY Dollar Index was created by the US Federal Reserve (FED) in 1973 after the Bretton Woods system of payments based on the dollar came to an end. Countries decided to let their currencies float freely rather than being pegged at fixed rates to the US dollar after the US government suspended the gold standard. The system established rules for trading between the US, Canada, Western Europe, Australia, and Japan after the Second World War.

The DXY was primarily developed as a reference for US external trade, and the ability to trade the Dollar Index futures was introduced later, in 1985, with options trading following in 1986. Trading on the index is maintained by the Intercontinental Exchange (ICE).

How is the US Dollar Index (DXY) calculated?

Just as a stock index measures the value of a basket of securities relative to one another, the U.S. Dollar Index expresses the value of the dollar in relation to a “basket” of currencies.

The US Dollar Index (DXY) is calculated as a geometrical average based on its six constituent currencies: Euro, Japanese Yen, British Pound Sterling, Canadian Dollar, Swedish Krona, and Swiss Franc.

It is a geometric average, rather than an arithmetical average because each currency is multiplied by its respective percentage weight. The DXY index value can be quoted to three decimal places.

In practice, traders can use a spreadsheet-type program to build a Dollar index (DXY) chart, such as Microsoft Excel, to compute the theoretical value of the U.S. Dollar index from the exchange rates of its component currencies and their weightings. The overall spreadsheet equation would look as follows:

Notice how each of the weightings is multiplied as a negative, except USD/JPY and USD/CHF? That’s because those pairs have USD as the base, instead of the quote.

Prior to the introduction of the euro in 1999, the US Dollar Index included the West German mark, the French franc, the Italian lira, the Dutch guilder, and the Belgian franc. The only time the components of the index have been changed since 1973 was when these currencies were replaced by the euro.

The value of the DXY Index is calculated in real-time approximately every 15 seconds based on the spot prices of the constituent currencies. The calculation takes the midpoint prices between the bid and offers for each currency. The prices for the DXY futures contracts are set by the market and reflect differentials in interest rates between the US dollar and the component currencies.

Why is the US Dollar Index important for Traders?

The US Dollar Index is important for Forex traders both as a market and as it is an indicator of the relative strength of the US Dollar around the world. It can be used in technical analysis to confirm trends related to the following markets, among others:

Commodity prices tend to fall (at least nominally) as the dollar increases in value – and vice versa. Currency pairs, on the other hand, generally move in the same direction as the Dollar Index if USD is the base currency, and opposite direction if it is the quote currency – though these ‘rules’ do not always hold true.

For stocks and indexes, the picture is more complicated, though US exporters would generally find that their exports are less competitive internationally when the Dollar is strong, and more competitive when it is weaker – with their share prices often moving to reflect changes in the Dollar’s value.

Many traders also use the index to hedge risk – for example, offsetting some of the risk associated with a long Dollar Yen (USD/JPY) trade by going short on the Dollar Index.

How to trade the US Dollar Index (DXY)?

Dollar Index trading is a popular way for investors to gain exposure to the US dollar and take a position on the US economy and/or the global market. By trading the US Dollar Index rather than any one currency pair, investors can spread the risk inherent in the forex market, which is highly volatile, and take a position on broader macroeconomic trends rather than factors specific to one country.

You can trade the US Dollar Index (DXY) just like an equity index. Instead of buying and selling several securities simultaneously, you'd only deal in one. In this case, rather than trading several US Dollar pairs, you can trade one index that should rise and fall in line with the overall USD market sentiment.

One popular way to trade the dollar index is as a hedge against moves in the US dollar. If you’re worried that a rising USD could negatively impact your stock portfolio, for example, you might buy the U.S. Dollar Index to compensate. Then, any losses from your stocks might be counteracted by gains from your dollar index position.

U.S. Dollar Index futures based on a weighted basket of the Euro, Japanese Yen, British Pound Sterling, Canadian Dollar, Swedish Krona, and Swiss Franc are readily available to traders and hedgers through a contract for differences.

A CFD is a type of contract, typically between a forex broker and a trader, where one party agrees to pay the other the difference in the value of an asset, between the opening and closing of the trade. Therefore, when you trade the U.S. Dollar Index using CFDs, you speculate on the direction of the underlying asset’s prices without owning it.

CFD trading allows you to trade the index in both directions; you can hold a long or short position, depending on whether you expect the price of an asset to rise or fall. CFDs give you the opportunity to profit from price movements in either direction – not only when the value goes up.

CFD trading is leveraged, which means you can gain exposure to a large position without having to commit the full cost at the outset. While leverage enables you to spread your capital further, it is important to keep in mind that your profit or loss will still be calculated on the full size of your position. That would be the difference in the price of the US Dollar Index from the point you opened the trade to the point you closed it. That means both profits and losses can be hugely magnified compared to your outlay.

These CFDs are derivatives that typically have their prices determined by the value of the underlying US Dollar Index futures contract traded on the Intercontinental Exchange.

Each CFD & Forex broker tends to have its own terms for US Dollar Index CFDs, so be sure to check that their contract parameters and settlement method will suit your trading needs.

With CAPEX.com, you can trade the DXY with CFDs on futures prices. Follow these steps to get started today:

Not ready to trade with real funds? Open your CAPEX demo account, which comes with virtual capital you can use to trade DXY alongside 2,000s of other live markets.

Many financial media outlets report on changes in the U.S. Dollar Index’s value to give their audience a sense of how the U.S. Dollar performed in the forex market as an alternative to noting how individual currencies rose or fell versus the Dollar.

The U.S. Dollar Index (DXY) can also be used as an inverse indicator of the strength of the European Union’s consolidated Euro currency since the Euro is weighted at an overwhelming 57.6 percent in the index. The next largest currency weighting in the index is that of the Japanese Yen at only 13.6 percent.

In contrast, when a component currency pair is quoted like EUR/USD, with the foreign currency before the slash and the USD after it, then the U.S. Dollar Index and that currency pair are inversely correlated. This means they should move in opposing directions, with one rising as the other falls.

What influences the value of the US Dollar Index (DXY)?

The value of the U.S. Dollar Index is driven by the demand and supply of the US dollar, as well as the component currencies in the index. Currency demand is affected by monetary and trade policy as well as economic growth, inflation, geopolitical events, and broad financial market sentiment.

A monetary policy designed to stimulate an economy drives currency values, as for example, a country reducing interest rates or increasing money supply also reduces the attractiveness of its currency to foreign investors. The value of the US Dollar Index fell in 2020 after the initial flight to safety, as the US Federal Reserve policy to reduce interest rates to record lows and stimulate investment reduced the value of the dollar.

The Dollar Smile Theory was first observed by Stephen Jen, a former currency strategist, and an economist at Morgan Stanley. It attempts to explain why the US Dollar strengthens in periods when the US economy is thriving, as well as, in periods of worsening global economic conditions. The pattern resembles a smile and plays out in three stages, as shown below.

Stage 1: Fear drives investors towards the less risky US Dollar

When investors become risk averse, they will often turn to “safe havens” such as gold, or in this case, the US Dollar. The surge in USD purchases drives the price of the dollar up.

The lowest point in the smile reflects a weaker US Dollar as a result of strained fundamentals. Sluggish economic growth could invite interest rate cuts, further weakening the currency.

Stage 3: US Dollar strengthens due to economic growth

The smile is completed as signs of economic recovery appear. Investors buy into the Dollar once more, causing an increase in the value of the US Dollar.

The U.S. Dollar Index (DXY) has traded in a wide range during its history, and unlike other indices, it hasn’t risen overall since its inception. In fact, it reached its record high back on 5 March 1985, when it peaked at 163.83.

The record low is much more recent, landing on April 22, 2008, at the outset of the great financial crash. As the index began at 100, a quick glance will tell you whether the US dollar is stronger now than it was in 1974.

Remember, you should have some trading experience and knowledge before you decide to trade the US Dollar Index. You should consider using the educational resources we offer like  CAPEX Academy or a demo trading account. CAPEX Academy has lots of courses for you to choose from, and they all tackle a different financial concept or process – like the basics of analyses – to help you to become a better trader.

Investors and traders may hold physical silver or other investments that are backed by the precious metal itself.

These fundamentals will help your understanding of the key aspects of the foreign exchange market and ultimately help you to make more informed decisions when currency trading.