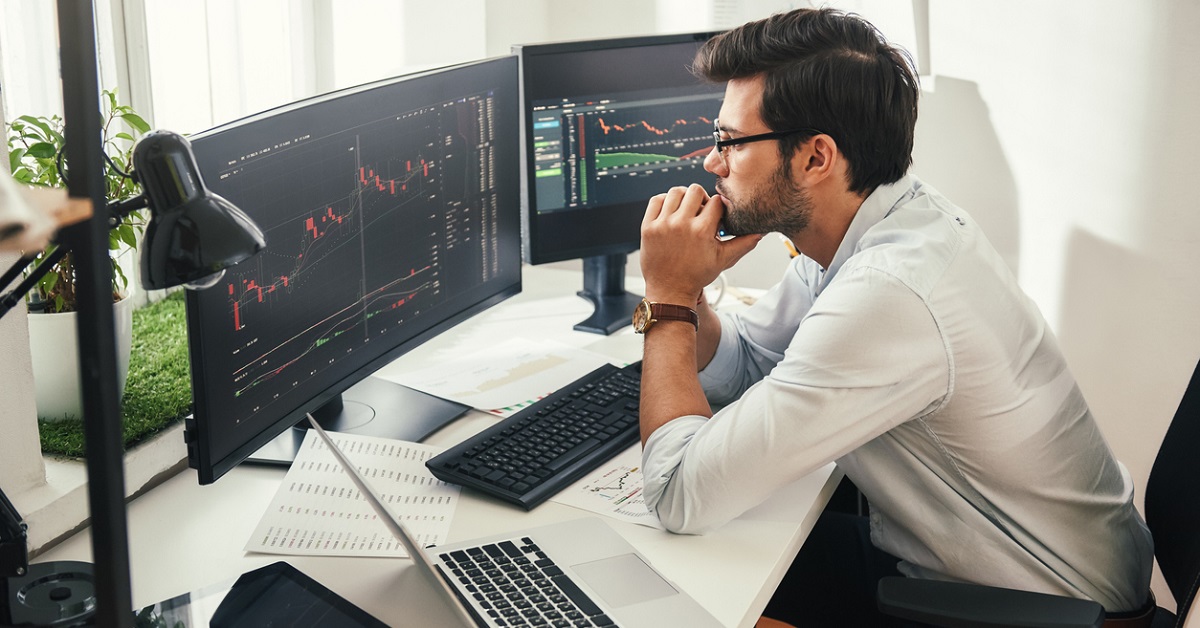 Whether stock speculation has a place in an investment portfolio is the subject of much debate. Speculators believe that the market overreacts to a host of variables. These variables present an opportunity for capital growth. Enthusiasts of the efficient market hypothesis believe that asset prices reflect all available information. A direct implication is that it is impossible to "beat the market" consistently on a risk-adjusted basis since market prices should only react to new information. Speculation is essential to an efficient and healthy stock market, but what it is, how does it function and why does it attract such passionate criticism?

Stock speculation or speculative stock trading is the act of buying or selling stock simply because you have heard or believe that it will rise in value. If your prediction proves correct, you make money; if not, you lose it (or at least some of it). The results can be rewarding but risky. While some speculators make their fortunes on one good trade, many more lose their money.

Some market pros view speculators as gamblers, but a healthy market is made up of not only hedgers and arbitrageurs, but also speculators. A hedger is a risk-averse investor who purchases positions contrary to others already owned. If a hedger owned 500 Saudi Aramco shares but was afraid that the price of oil may soon drop significantly in value, they may sell short through derivatives or use one of the many other hedging strategies.

CFDs (Contract for Differences) are especially useful as a hedging tool because a short position can be replicated to hedge the exact position size required.

An arbitrageur tries to capitalize on inefficiencies in the market. For example, latency arbitrageurs attempt to take advantage of the time it takes quotes to travel from the stock exchanges to buyers, by placing their computers in the same data centers as stock exchange servers. Investors can profit by taking advantage of these microsecond delays.

Each of these investors is essential to an efficient and healthy market.

Instead of purchasing stock in what the investor regards as a high-quality company with long-term upside potential, the speculator looks for opportunities where significant price movement is likely. Assume that Investor A purchased 300 shares of Boeing because he believed that the aviation and aerospace industry is growing rapidly. If the price of Boeing shares dropped tomorrow for no fundamental reason, he would purchase more shares because the price drop represents a better value.

>> Learn how to buy shares

Investor B, the speculator, might sell 300 shares and exit the position altogether. If Investor B believed that Boeing was poised for a short-term price increase, then when it did not happen, they might cut their losses immediately. They may have evaluated the health and other fundamentals of Boeing, but the primary metric was the anticipated short-term price movement.

>> Learn how to trade stocks

Opponents of speculating believe that investing money solely based on an event that may happen soon is gambling. Speculators argue that they use a large number of data sources to evaluate the market where most gamblers bet purely on chance or other less statistically significant indicators.

To understand what stock speculation is and how it works, you will need to know the distinct types of speculators and why they do what they do.

What is Speculative Stock Trading?

There are several types of online trading that you can perform by using your strategies and ideas. This is often referred to as speculation because it involves taking high risks for huge profits. These speculative traders do not follow regular market cycles. Instead, they devise their systems to predict when stocks will go up or down in value.

The art of speculating covers a wide range of trading tactics, including short-term trading, employing hedging strategies, and recognizing chart patterns. Speculators are often skilled at fundamental analysis, including spotting over-or under-valued companies, the amount of short interest a company holds, and analysis of earnings and other economic indicators.

Along with evaluating products, a skilled speculator knows that the short-term movements of the investment markets are tied to world events. A Middle East conflict could affect the price of oil, a key eurozone figure could cause a violent move in the stock market indexes, and a material change in the unemployment rate could send markets soaring or plunging.

The odds may be against speculators but those who make the strategy a profitable venture are highly skilled market watchers, investment product evaluators, and have the experience to read the mood of the market.

Speculative stock trading means speculating on price fluctuations in securities. Traders do not usually take possession of stock but buy and sell contracts based on their value. The most popular form of speculation is CFD trading.

Trading contracts for difference (CFDs) is a way of speculating on price movements without having to take ownership of the underlying assets.

CFD trading is leveraged, which means you can gain exposure to a large position without having to commit the full cost at the outset. Say you wanted to open a position equivalent to 500 Lucid Motors shares. With a standard trade, that would mean paying the full cost of the shares upfront. With a contract for difference, on the other hand, you might only have to put up 20% of the cost.

CFD trading enables you to speculate on price movements in either direction. So, while you can mimic a traditional trade that profits as a market rise in price, you can also open a CFD position that will profit as the underlying market decreases in price. This is referred to as selling or ‘going short’, as opposed to buying or ‘going long’.

If you think Lucid Motors' share price is going to fall, for example, you could sell a CFD on the company's shares. You’ll still exchange the difference in price between when your position is opened and when it is closed but will earn a profit if the shares drop in price and a loss if they increase in price.

With both long and short trades, profits and losses will be realized once the position is closed.

While leverage enables you to spread your capital further, it is important to keep in mind that your profit or loss will still be calculated on the full size of your position.

A crucial factor in a speculative trading strategy is not who you are or how much money you have, but how much risk you’re willing to take. A speculative trader buys or sells a security based on predictions of how it will perform in the future. Since these transactions are not determined by news about current events, many investors consider them to be riskier than other types of stock investments.

Speculative trading encompasses three main styles: scalping, day trading, and swing trading. The differences among the styles are based on the lengths of time that trades are held.

Scalping is a very rapid speculative trading style. Scalpers often make trades within just a few seconds of each other, and often in opposite directions. That means they may go long one minute but short the next.

Scalping is best suited to speculators who can make instant decisions and act on them with no hesitation.

Impatient people often make the best scalpers, because they expect their trades to make a profit right away. They will exit the trade quickly if it goes against them.

To succeed as a scalper requires focus and concentration. It is not a suitable trading style for anyone who is easily distracted or prone to daydreaming. So, if you've been thinking about something else while reading this, then scalping might not be for you.

Day trading suits speculators who prefer to start and complete stock speculation on the same day. That's you if you are the type who starts to paint your kitchen and won't go to bed until the job is finished, even if that means staying up until the US stock market’s closing bell.

Many intraday speculators would never make swing or position trades. They would not be able to sleep at night knowing they had intraday speculation that could be affected by price movements during the night.

Swing trading is good for speculators who have the patience to wait for trade but want a quick profit soon after they enter it. Swing traders always hold their speculation overnight. So, if you would be nervous holding stock speculation while away from a computer, this is not the style for you. Swing trading requires a larger stop-loss than day trading. The ability to keep calm when speculation is against you is vital.

What are the Benefits and Risks of Speculation?

The benefits of speculation are both varied and immense. Whether it’s a way to diversify your portfolio or an opportunity to multiply gains, speculative trading can yield big returns if done correctly. However, there are also potential risks. Therefore, investors need to do their research before they jump in headfirst.

Not all traders will benefit from speculation. Most individuals take on high-risk investments and lose money doing so. It takes a lot of knowledge about not only investing but also about specific sectors and companies, risk and money management, technical analysis, or trading psychology to have more chances to be successful at stock speculation. Hence, individuals should not engage in speculative trading without thorough prior research.

Learning to Be a Speculator

Profitable speculators often work for trading firms that provide training and resources designed to increase their odds of success. For those who speculate independently, a large amount of time is necessary to research the market, follow breaking news events and learn and understand complicated trading strategies.

Every skill takes time to learn and master. Before trading with real money, set up a virtual account. Learn how the market behaves and watch how your favorite stocks react to market events.

If stock speculation sounds like a hassle, try CAPEX Academy: the friendliest place to learn how to speculate through detailed, illustrated online trading courses.

Speculation is rapidly growing in popularity because of the easy access to world investment markets through online brokerage portals. Because speculation is difficult to master, spend time practicing on demo. When you're seeing a sustained record of accomplishment of success through both up and down markets, only then should you consider speculating with real money.

The Internet and financial media may encourage speculation, but that doesn't mean you should follow the herd. Successful speculating takes a lot of skill, time, and experience to master.

What is intraday speculation?

Intraday speculation is the same as day trading, a speculative style of trading. In day trading, a trader buys and sells stocks within one day. A trader engaging in speculation hopes to make a large amount of money from each trade. Day traders typically do not use protective stop-losses because they hope to earn back their losses quickly through another trade.

What is currency speculation?

Currency speculation is the simultaneous buying of one currency and selling another for the aim of earning a profit. Currency trading or forex trading includes all speculative trades or capitalizing on the floating exchange rates between two currencies. Learn what forex is and how it works.

What is digital currency speculation?

Digital currency speculation involves speculating on price movements of Bitcoin, Ethereum, and other new cryptocurrencies via a CFD trading account or buying and selling the underlying coins via an exchange. Learn more about cryptocurrency trading.

Whether you’re an environmentalist or a growth opportunist, electric vehicle stocks may seem like an enticing addition to your investment portfolio.