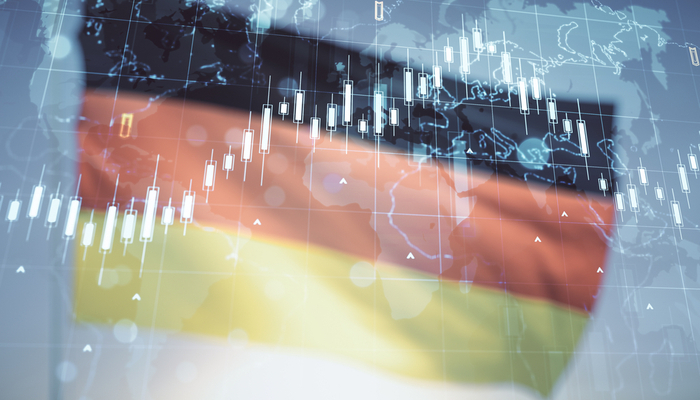 Despite positive macro results, cautions hovers over the markets

The economic figure published today in Germany, the IFO Business Climate, has far exceeded the market forecast consensus, 92.1 vs. 90 expected.

Still, this positive data has not been enough to drive the Euro higher in its price against the Dollar. The German IFO business climate index assesses the current business climate and measures expectations for the next six months. It is conducted through surveys of the manufacturing, construction, wholesale and retail sectors.

The data has been positive, but doubts arise about the negative effect that the harsh measures of restriction of mobility and social distancing that have recently been implemented in Germany due to the vast rise in infections could have on the following data, measures that coincide with critical dates for consumption such as Christmas.

The IFO institute makes a growth projection of the German economy with a fall of -0.4% for the third quarter of 2020 and a slight rebound of + 0.6% for the first quarter of 2021.

This forecast gives a clear signal of the economic recovery process's weakness that will depend to a great extent on the results of the administration of the vaccines, and therefore not yet all the uncertainties have been cleared. Some scientific committees, such as those who advise the French government, do not see a return to normality in social activities until at least the autumn of 2021. This, if true, would have a depressing effect on the European economy with the holiday period of Summer wasted again with what this represents for economies so dependent on the service sector.

With all this and despite the good IFO Business Climate figure, the European indices cannot resume the upward momentum that had been working after the announcement of the approval of the vaccines.

The German DAX index is within a sideways trading range in the last two days between resistance at 13700 and support at 13600.

After knowing today's IFO data, it has slightly exceeded the resistance level, but the movement has been short and has reverted to the previous trading range.

At the moment, the index has not managed to overcome the highs reached before the beginning of the crisis at 13870 and, like the North American indices, it is not showing the bullish moment so characteristic of the end of the year, as traditionally expected. 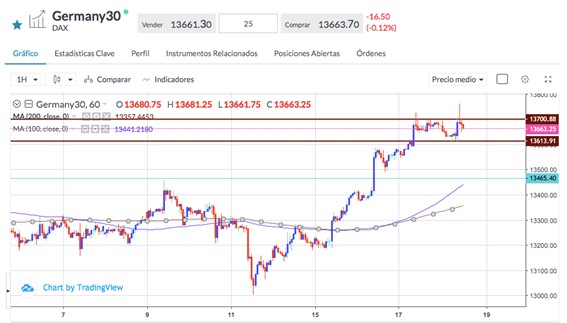 Another topic of market concern is Brexit talks. This recurring theme for too long is once again in the focus of investors. An uncertainty that affects the British economy and that of the European Union, although to a lesser extent, but enough to hold back the stock indices.

Without any concrete news but with the comments of the European representative Barnier that do not show any type of progress and that repeats the deadlock on the issue of fisheries, the market begins to change its opinion regarding the possibility of an exit agreement on time and reacts with a sell-off of the British Pound.

GBP/USD has lost since yesterday a complete figure from the highs of 1.3621 that now represent the primary resistance in the short term and is approaching the support level of 1.3460.

Overcoming this would end the uptrend that began 11 days ago from levels below 1.3200, and the resumption of talks caused that after the failure of the meeting between Von der Leyen and Boris Johnson. Therefore, the market is waiting for news on the evolution of these long conversations, and in this case, time is against. 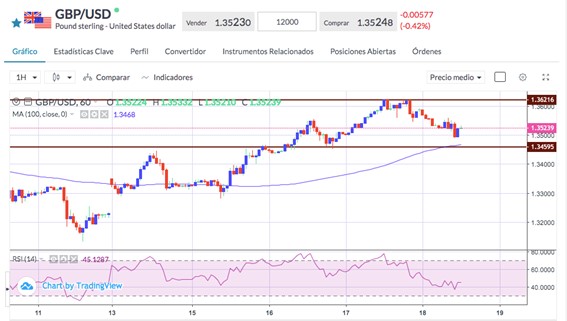