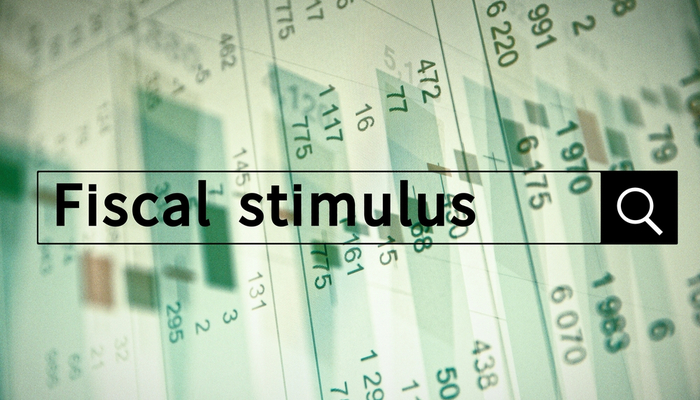 The good news about the vaccine continues, but the market seems to have taken it for granted, and they need a new boost to decide on a positive tone.

The economic figure for retail sales, with a figure lower than expected and well below that of last month, published yesterday in the United States, confirmed the market's concern about a general slowdown in the economy due to the mobility restriction measures.

The market's immediate reaction was bearish, but the indices recovered what they lost in the course of the session.

The market continues to anticipate fiscal stimulus measures in the United States for the beginning of the year. That is what keeps the markets stable, beyond possible monetary stimulus policy measures that the Federal Reserve at any time until its next meeting in December.

There has also been some concern in the market about the blockade that countries such as Poland and Hungary are threatening to impose on the European Commission's aid fund. They are still in the negotiation phase, and it is quite unlikely that they will block the fund, but uncertainty exists and is a factor that prevents a better performance of the European indices.

The US Dollar continues to drip lower, a movement that is most reflected in the USD/JPY that is already trading below the 104.00 level but without yet piercing the main pivot level in the 103.20 area, the minimum reached the beginning of this month. 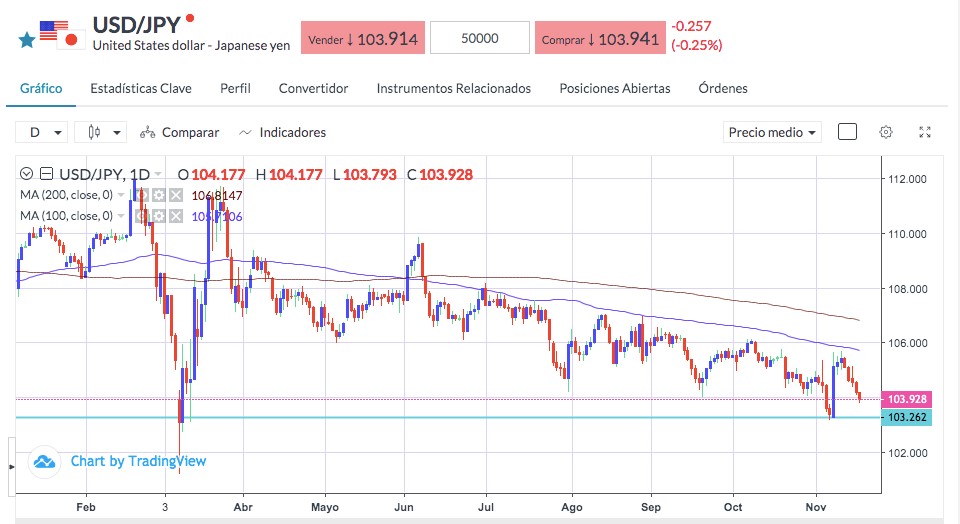 One of the most relevant factors for this weaker Dollar is the lack of upward continuity in the yields of the American treasuries, which are falling from highs, in the case of the 10-year American already clearly below 0.90 and will probably continue its downward path if The Federal Reserve decides to expand the volume of its QE asset purchase program.

The Dollar falls today against all currencies, and in the case of the Pound Sterling, it does so with special significance, just over 0.30%.

The Brexit talks, which have already faded to the market's background due to their duration and lack of determination regarding results, appear to take on a slightly positive tone after it was announced today that significant progress had been made.

At the moment, there are no further details, but a positive outcome in terms of an agreed exit would undoubtedly be positive for the British Pound.

Technically, GBP/USD has two intermediate resistance levels at 1.3310 and 1.3480, levels that, if exceeded, would represent a significant upward momentum for the pair. 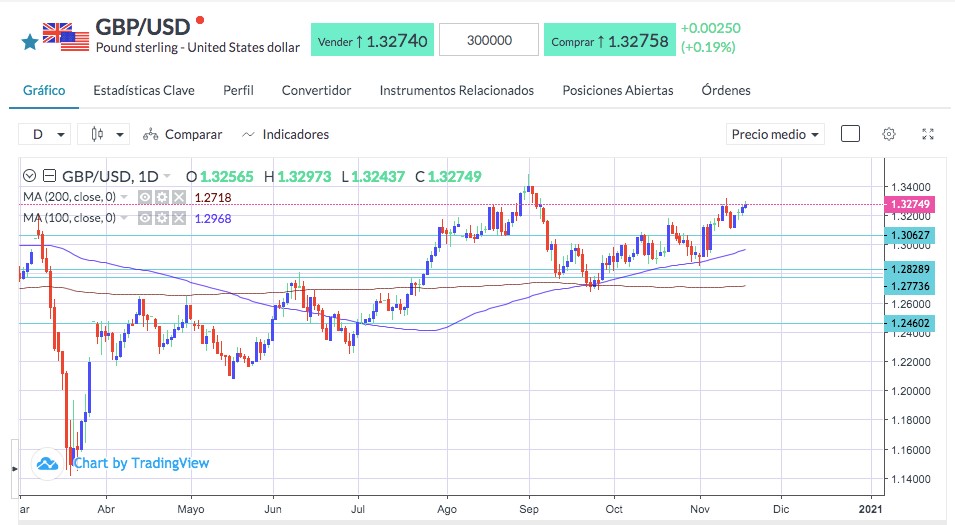