US Stocks on the Rise, US Dollar is Falling with Fewer JOLTS Job Openings 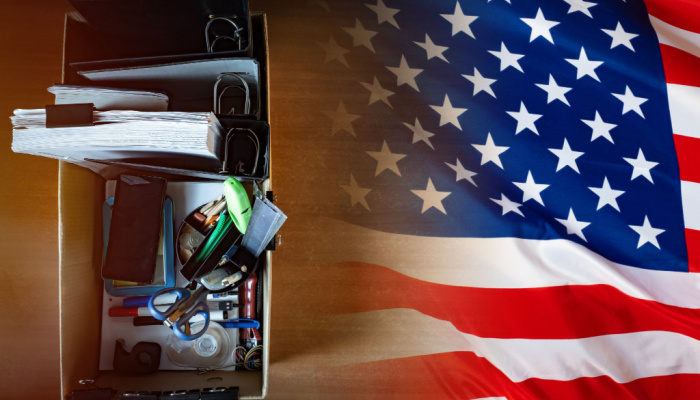 On Tuesday, stock indices rose for a second day as data points to a slowdown in labor demand, fueling expectations that the Federal Reserve will slow the pace of monetary policy tightening. The S&P 500, the Dow Jones 30, and the Nasdaq 100 rose over 2% during the session.

Job openings were at their lowest since June last year, and they were very diverse, spanning most industries and all business sizes. This figure indicates that the labor market will deteriorate and the goal of the Federal Reserve in its fight against inflation. The ADP non-agricultural employment figure was released today, and it is a preliminary version of the more pertinent employment figure, which will be released the day after tomorrow.

If this deterioration in employment is confirmed, which means weaker job creation, investors' bets will lean toward the Federal Reserve acting more cautiously, possibly even below the 125 basis point interest rate hikes scheduled for the end of the year. This is exactly what the market has priced in ahead of Monday's ISM manufacturing data and today's job openings.

Fixed income markets already reflect a change in interest rate forecasts with sharp declines in Treasury bond yields, with the 10-year bond dropping below 3.60%. These forecasts would be confirmed if inflation data came in lower than expected, but we won't know until next week.

Apart from these fundamental reasons, there are also technical reasons for the indices' rebound.

The S&P500, Dow Jones 30, and Nasdaq 100 have recently rebounded from important levels such as the 200-week exponential moving average, a major support level.

In tandem with the stock market rally, the market is witnessing a massive sale of the US dollar. This is due to the decline in market interest rates, with which the dollar positively correlates. This is also well received by markets, as the dollar's extreme strength was causing tensions in the currencies of the rest of the world, particularly those of emerging economies.

As a result of the decline in the US dollar value, the commodity market experiences upward corrections. The one that is taking place in oil is of special relevance. In this case, the rise in the price of crude oil is also due to declarations by some OPEC+ member countries about a potential reduction in the production of around 1M bpd.

Technically, WTI Oil is right at the top of a well-defined bearish channel that has been in place since early June, when the decline began. A close above these levels would imply a trend change or, at the very least, the end of the current bear market. 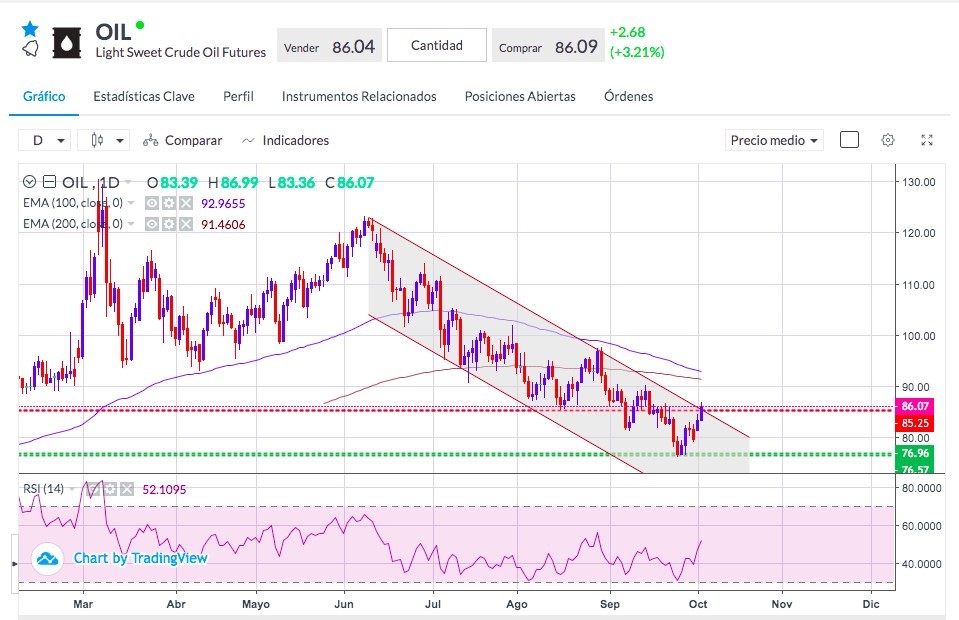