US Stock Indices on the Rise, Q3 Earning Season in Play 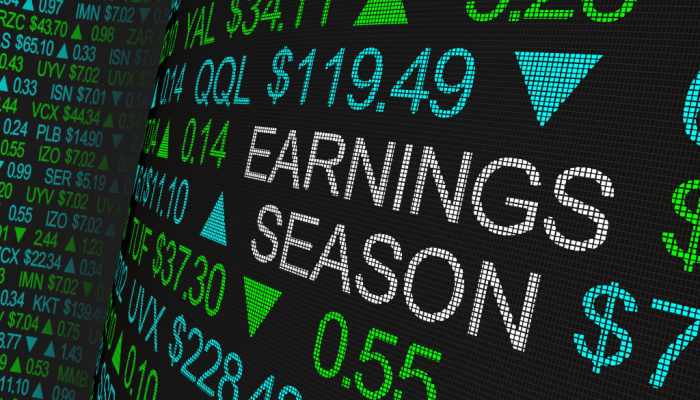 Coca-Cola rose 0.7% among Dow Jones 30 constituents after the company raised its full-year revenue and profit forecasts, betting on steady demand despite price increases.

The main US indices rose for the third straight session on Tuesday, led by the Nasdaq, helped by a drop in Treasury bond yields, which began to rise after a day of significant selling on expectations that the Federal Reserve will ease the pace of interest rate hikes at its next meeting on November 2.

The consumer confidence figure released yesterday, which was lower than expected by analysts, added to the arguments for a reduction in the intensity of rate hikes, as the Fed may begin to consider the negative effect that the country's restrictive monetary policy is having on the economy.

Profits of technology companies are viewed positively due to their ability to overcome an inflationary cycle, especially since technology has always had a very flexible ability to adjust prices.

Earnings season is turning out better than expected, with nearly three-quarters of the 129 companies in the S&P 500 beating estimates.

Coca-Cola rose 0.7% among Dow Jones 30 constituents after the company raised its full-year revenue and profit forecasts, betting on steady demand despite price increases.

While earnings reports are expected to influence trading decisions this week, US stock markets have rallied over the last two sessions as signs of economic weakness suggested the Federal Reserve would scale back rate hikes.

Markets continue to price in a fourth consecutive 75 basis point interest rate hike by the Fed on November 2, but bets now point to the Fed being less aggressive in its monetary policy following this meeting, with final rates likely to be around 4.5%.

Personal consumption expenditure, the Fed's preferred inflation measure, will be published on Friday, and will be a decisive economic data point in this regard. The outcome of this figure will also serve as a guide for future US central bank decisions.

The Nasdaq Tech Index has already traded above the bearish channel that has been in place since mid-August, and a break above 11,690 would indicate further gains towards the 12,170 area. 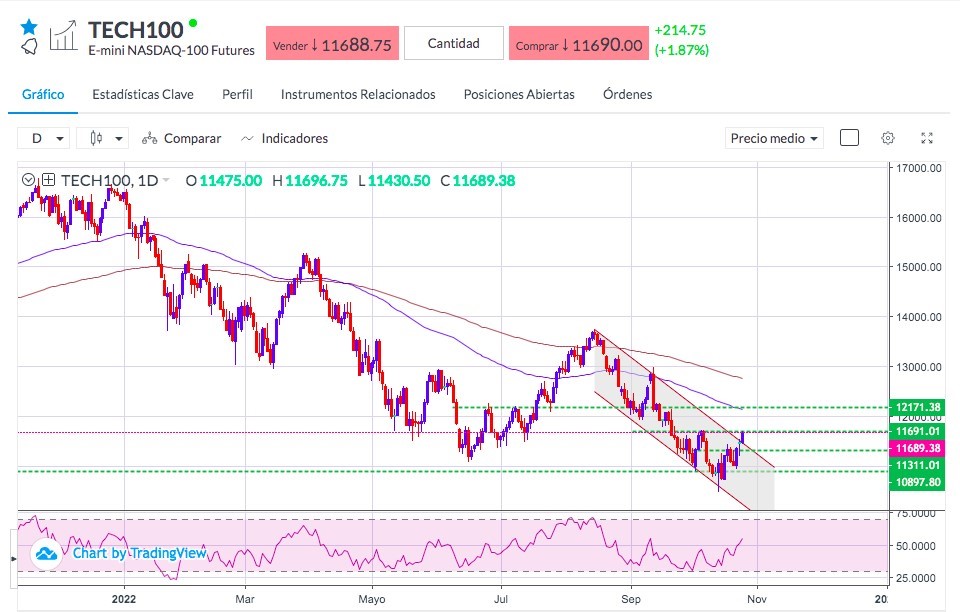