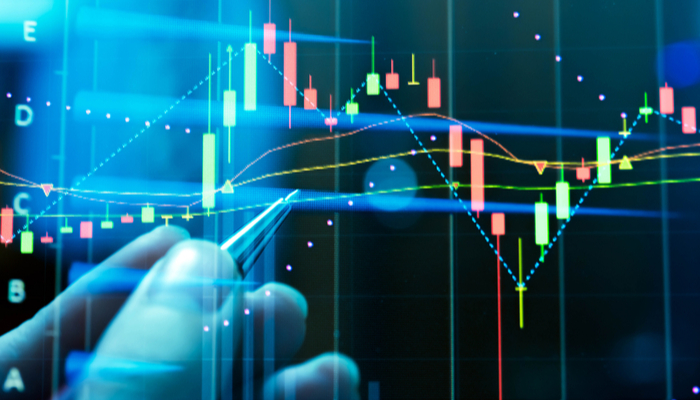 Emerging markets end their third quarter of the year with a pessimistic outlook that contrasts with the better performance experienced in previous months.

Emerging markets end their third quarter of the year with a pessimistic outlook that contrasts with the better performance experienced in previous months.

The latest economic data shows an evident slowdown in the world economy, especially in the services sector and global demand, which anticipate a lower growth rate.

These countries are especially sensitive.

Furthermore, the North American pre-electoral period is causing an increase in the volatility of the assets of these markets that are distancing themselves from those of G-7 countries.

Concerns about new lockdown measures worldwide and the delays on new fiscal stimulus measures in the United States that were taken for granted in previous months are negatively influencing the price of assets in developing countries.

Next Tuesday, the first debate between the two presidential candidates in the United States will be held, an event marking the beginning of a period of high uncertainty that will undoubtedly directly affect the volatility of the markets in general, but especially in that of the emerging countries.

Some of the leading global investment banks advise their clients to stay out of their investments in these assets that had previously been recommended in search of higher returns and a scenario of economic recovery after the sharp setback caused by the pandemic crisis.

As a consequence of this new market situation, the general risk sentiment is gradually deteriorating with the stock markets lacking upward momentum and the Dollar acting as a safe-haven currency.

Amid this scenario, the Mexican Peso has weakened against the Dollar.

USD/MXN has risen in the last week and has stopped at the 100-day SMA zone that threatens to break to the upside to head towards the next resistance levels situated between 23.20 and 23.30. 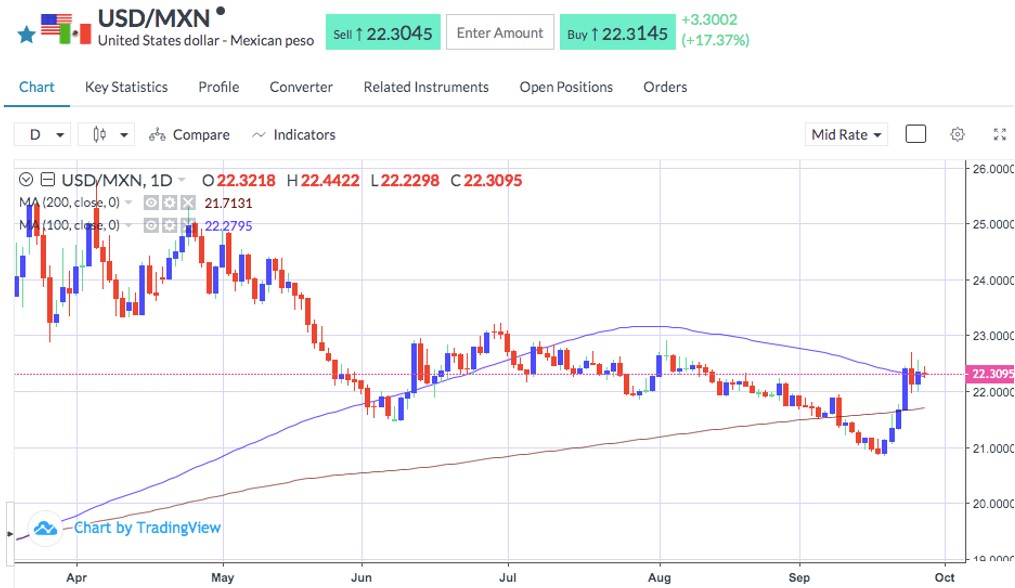 The same is happening with the Chinese Yuan.

USD/CNH has reversed its downward trend of the last four months, and although the Chinese currency cannot be considered as that of an emerging country in the strict sense, it is crucial because it has influenced the price of the Dollar globally.

USD/CNY finds its resistance level at the 6.8600 zone, above which the last downtrend is over and opens the way to further corrections to the 6.9000 levels. 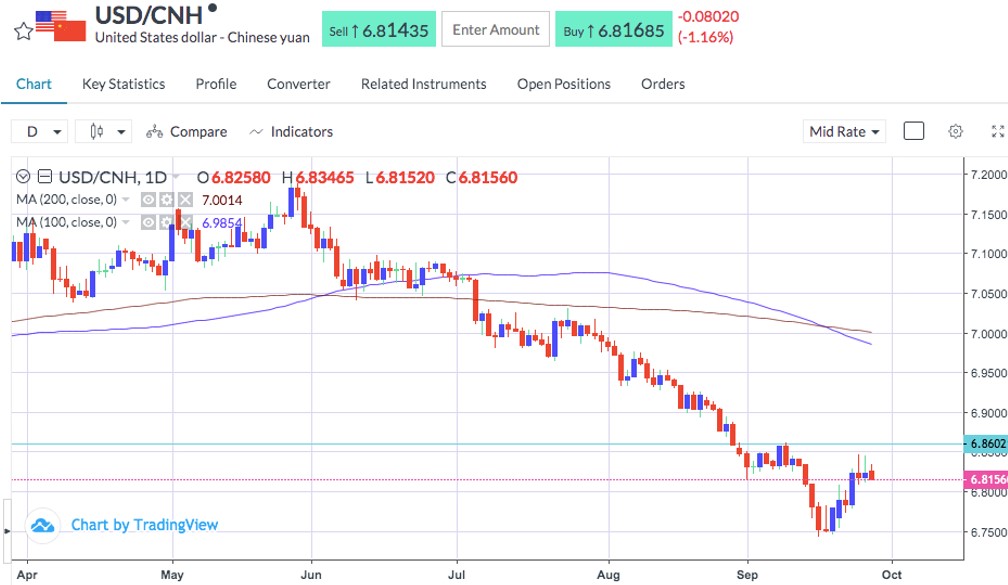 A particular case within emerging currencies is that of the Turkish Lira.

The Turkish currency has been under downward pressure in recent months, a weakness that has increased despite attempts by the central bank, with continuous interventions and a surprise rise in interest rates that has only accentuated the negative risk sentiment on the currency.

Not only the economic slowdown influences but the worrying geopolitical tension that at times threatens a potential warlike confrontation with the neighboring country Greece. This will be avoided at all costs since it endangers not only these two countries but the rest of the allied nations that are members of NATO.

All this is reflected in the price of the Turkish Lira, which has recently reached historical lows in its price with the Dollar.

USD/TRY has traded at 7.8857 today and technically does not have any reference that can be taken as resistance, so the downward movement of the Turkish currency may worsen shortly. 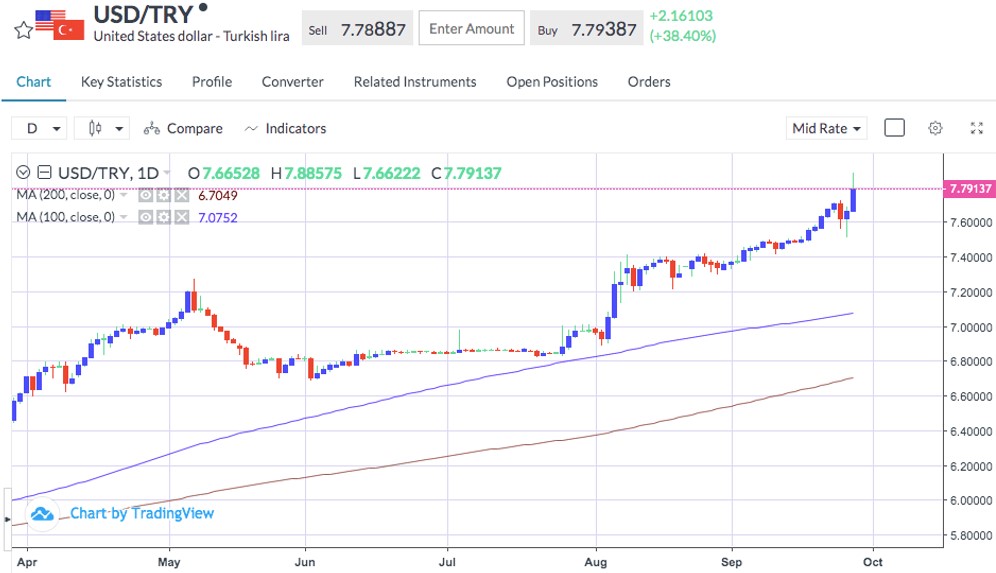