US Dollar continue to gain ground against all its counterparts 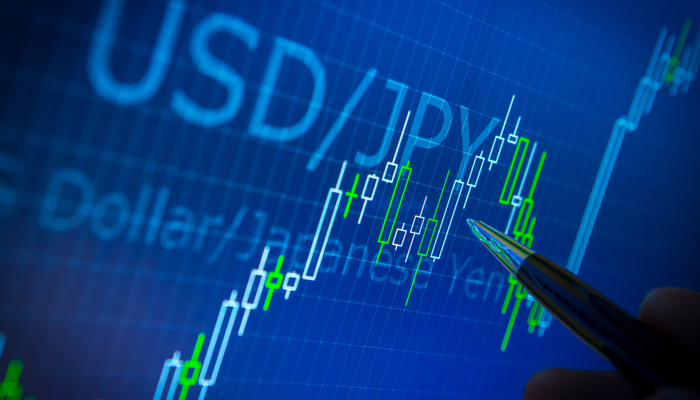 PCE figures and Fed’s minutes provide support for the USD

Fed's minutes released yesterday revealed a decision favoring a faster pace of reduction in bond purchases due to concerns providing support for the USD high inflation.

Expectations of an increase in the speed of the stimulus withdrawal were recently strengthened, after Fed's Vice Chairman "Richard Clarida" said last week that the pace of the reduction would be on the agenda for the 14-15 meeting in December. Fed's member "Daly", traditionally dovish, also said that she was beginning to consider a quicker end to tapering yesterday.

Although the Fed insists that the "tapering" process does not imply any change in the federal fund's targets, the market seems to be betting against the current stance of the Fed to keep its benchmark rate on hold until early 2023. Federal funds futures anticipate rises above 0.50% for next year.

The personal consumption expenditure index, which is considered the Fed's preferred inflation measure, rose 0.6% in October, up from 0.4% the previous month. That brought the annualized rate for October to 5%, well above the Fed's 2% target.

As a result, both from the PCE figures and from the content of the Fed minutes, the yields of the treasury bonds remained at the high levels reached recently and the US Dollar continued to gain ground against all its counterparts.

USD/JPY continued its bullish path after overcoming the important resistance of 114.58 in recent days, reaching new highs of the last five years and does not find any level that can be considered a relevant resistance until the 118.60 zone. 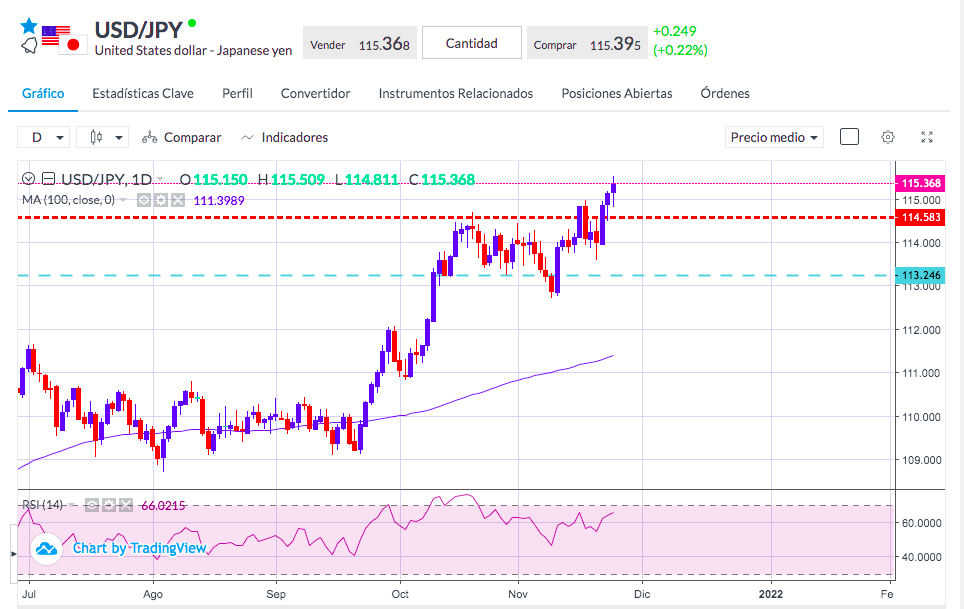 EUR/USD pair fell below the level of 1.1200, approaching the theoretical target of the reversal pattern that is around 1.1150 in a clear downtrend. However, the daily RSI indicators are already beginning to be in oversold zones that could lead the pair to corrective movements from current levels or to a stagnation of the downward momentum that has been operating without pause since May of this year. 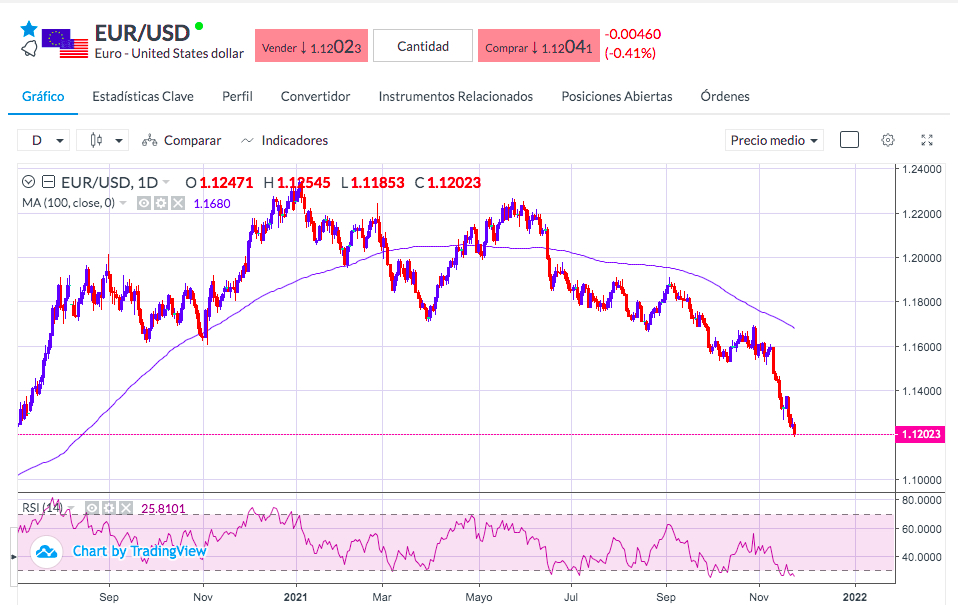