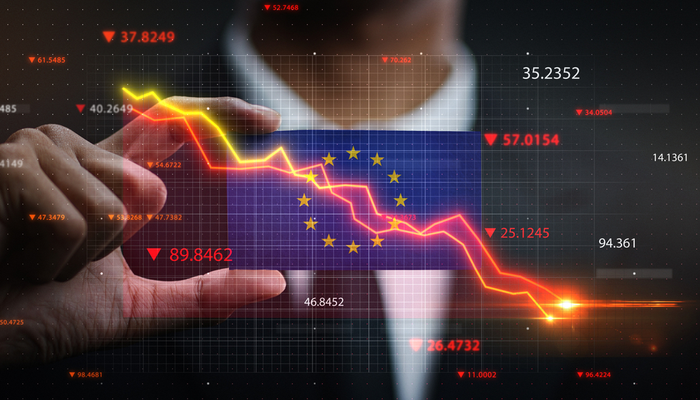 The week begins with an increase in risk aversion in the markets, especially in Europe.

After the U.S. Treasury yields hit new highs last week, with a 10-year bond reaching 1.75%, this week began with a pullback to 1.67%, easing tensions in the North American market. However, the markets are still far from removing the uncertainty. Some analysts predict that the North American fixed income outflows will continue and that the 10-year bond could return above the 2% zone.

The causes would be a speedy recovery of the North American economy thanks to the government's fiscal stimulus measures and the progress in the administration of vaccines that could lead to a fall in the number of people infected by the pandemic.

But for the moment, all the tension appears to be easing, something that could not be seen in the European markets.

The worrying surge of infections in France, Germany, and Italy despite the harsh measures of restriction of mobility and lockdown in these countries' main cities, together with the vaccine supply problems, is negatively influencing the market risk sentiment. The result is a falling stock market and extra pressure on the euro, which is losing ground against all its major competitors.

To all this adds the collapse of the Turkish lira after President Erdogan dismissed the Central Bank president, who recently decided to raise interest rates to halt the fall of the currency.

The Turkish lira opened with a loss close to 16%. Many analysts warn of an increase in tension in Turkey with more significant losses in the currency that could be transmitted to the rest of emerging countries, which could be the beginning of a new crisis. This could negatively affect Europe as a whole.

EUR/USD begins the session at levels close to the support of the trend line that has been recorded since last March, around 1.1885. Below this area is the support of 1.1850, the previous low, and where the 200-day SMA line passes. 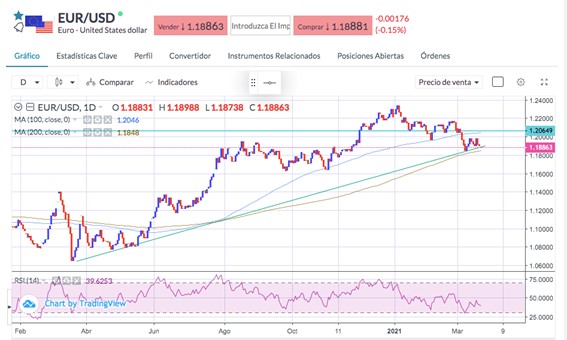 Germany30 also suffers losses, trading in support zones between the 100 and 200 hour SMA lines, around the 14583 support zone. Below these levels, it would dip into the 14450 area. 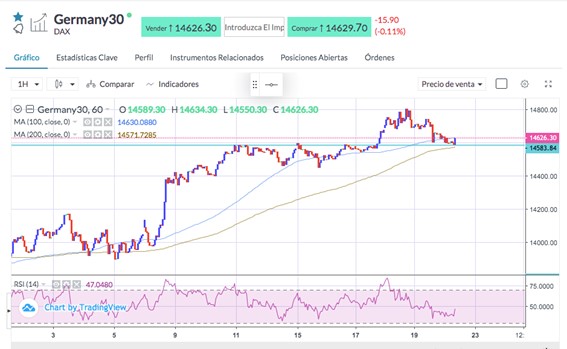