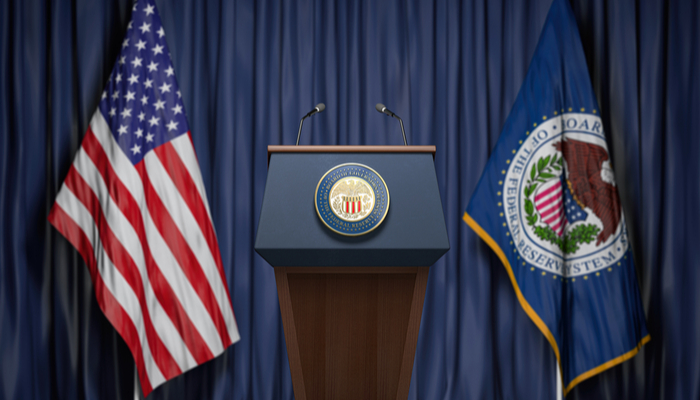 Investors' attention is focused on knowing if the Fed will announce the beginning of the tapering program. Currently, the Fed buys around $120 billion in both treasury and corporate bonds. Fed took this exceptional measure to counteract the negative effects on the economy caused by the pandemic-induced crisis. Now that the economy's growth rate has reached an acceptable level and the employment data improved substantially with an unemployment rate of 5.2%, a good number of Fed officials have already expressed themselves in favor of reducing bond purchases.

Inflation is another factor that can be considered in this decision, even though the Fed believes the latest price increases are temporary. The concern that these will continue over time is present, even more so when these figures exceed by more than twice the inflation levels accepted by the Fed and most central banks.

Therefore, the options for a decision in this regard are open. Against it would be the uncertainty about the situation in China with Evergrande in bankruptcy, which if it collapses due to lack of rescue by the government could have a systemic effect on the whole Chinese economy and, therefore, the global economy.

Without diminishing the importance of a potential tapering, this meeting will reveal another piece of information that could have as much relevance in the market or more than that decision. This is represented by the "dot-plot" of the Fed officials. The "dot-plots" are the projections of Fed members on the evolution of interest rates. If there were any substantial change concerning the latest forecasts, considering the expectations of interest rate increases are ahead of time or higher, the market would react to a more "hawkish" bias.

This would be reflected in a stronger US dollar, a fall in the price of treasury bonds with the consequent rise in yields and an increase in the downward pressure on stock indices. These already are some consequences that we have witnessed in recent days.

Gold would also be affected by this decision. The financial commodity used as a hedge against the loss of value of the currency has a high level of negative correlation with interest rates. Yesterday, gold recovered part of the territory lost in previous days due to the increased risk aversion that could cause a lack of action from the Federal Reserve. Therefore, if the Fed decides to lean towards the hawkish side, either by announcing the start of tapering or because projections anticipate interest rate increases over time, the precious metal could cease to be of interest to investors.

Technically, it broke up the short-term resistance $1767/ounce in addition to the 100-hour SMA line. The hourly RSI indicator reached overbought levels from where the bullish movement stopped with some correction. 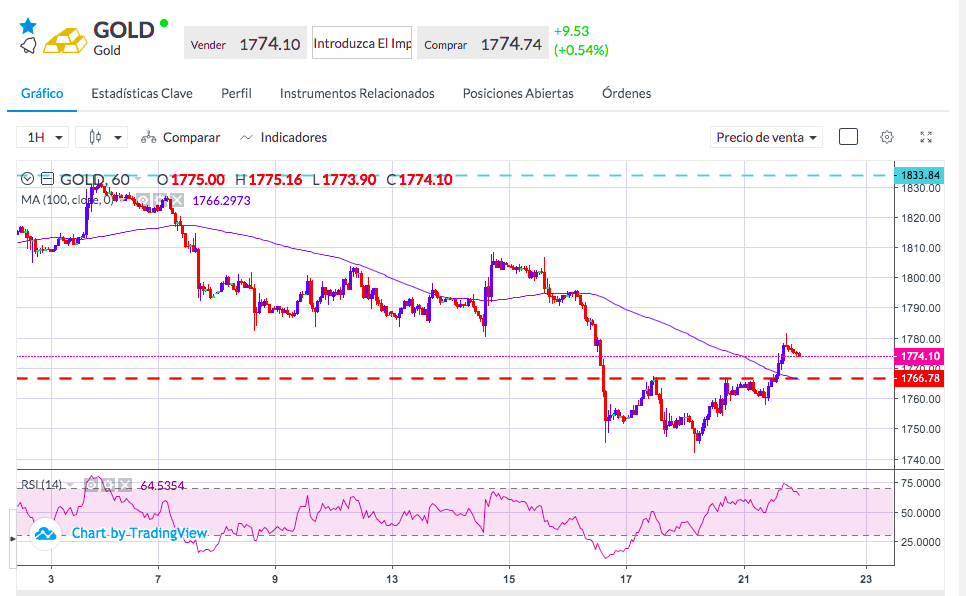