The markets witness a fall in world stock indices 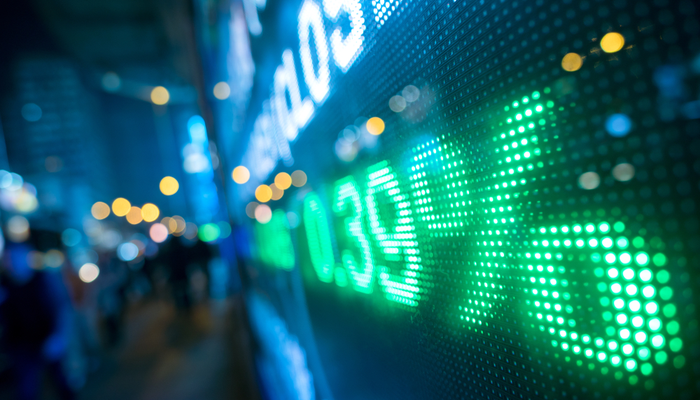 After continuous rallies for the past two weeks with record highs, world stock indices fell yesterday.

This downward movement was caused mainly by the inflation concerns, in addition to the profit-taking with an overbought market.

The decline began as soon as the number of producer price indices was published, which showed new increases with 0.6% for October, deepening concerns about inflation.

The data, which has become the main concern for investors and the Federal Reserve, indicated that high inflation could be more persistent than initially thought with a global supply shortage due to disruptions of the supply chains and problems in production units.

Today's CPI report will be scrutinized for clues to the extent to which producer prices are passed on to the consumer, whose spending accounts for about 70% of the US economy.

The situation gets worse, as oil soared higher after the EIA (US Energy Information Administration) did not report today on any measure related to the release of strategic reserves that President Biden had hinted at to counteract the lack of collaboration of the OPEC + countries that refuse to increase oil production. On the contrary, the EIA predicted a drop in global demand for next year.

Because of this, the Nasdaq index closed the session with a loss of 0.70%, the first relevant fall after more than two weeks of continuous gains driven by the publications of corporate results that beat all expectations.

The earnings season is about to end, so there will be no new incentives to encourage further rises and even less with a technical scenario that is beginning to show signs of exhaustion, with bearish divergences in the wee RSI in the case of Nasdaq. 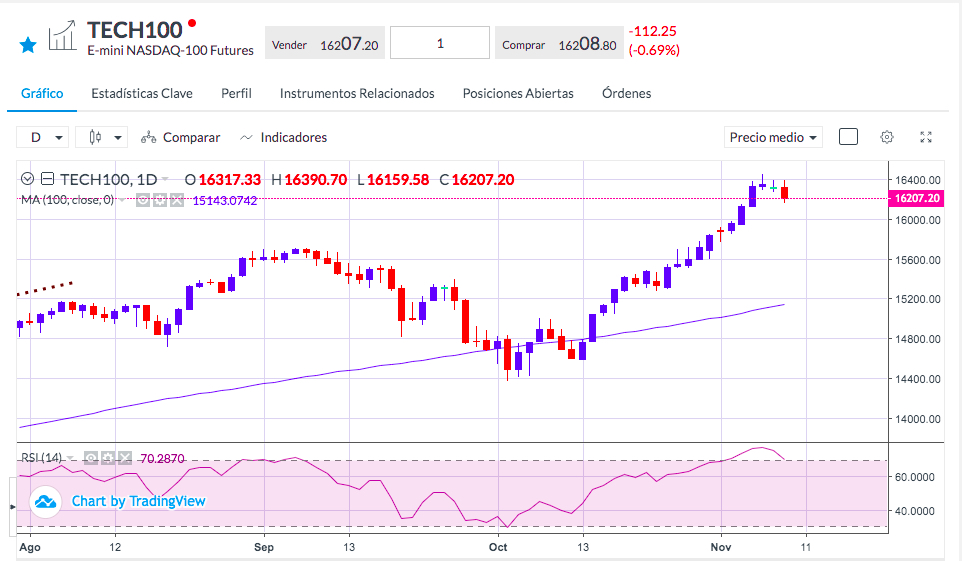 The stock that has led these deep losses has been Tesla, with a 12% plunge after Elon Musk conducted a poll on Twitter about whether or not he should sell 10% of his shares. The result was yes. Musk assured that he would comply with the result, and everything indicates that this is being the case. 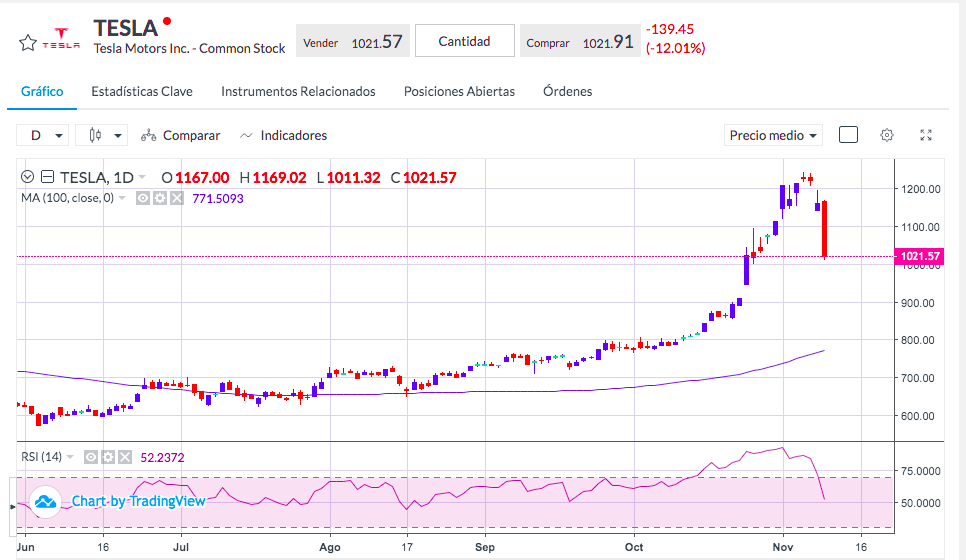