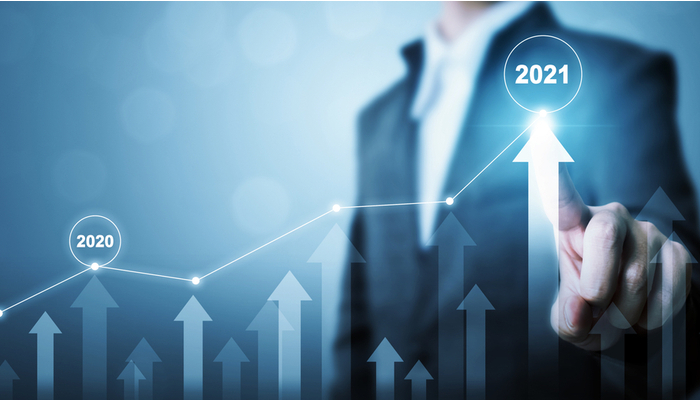 2020 ended with little activity in the markets, something expected at the end of the year, but that was not an obstacle for the North American indices to reach record highs.

The jobless claims figure published last Thursday with lower requests for unemployment benefits, below 800k, is a positive sign, especially if one considers that the Federal Reserve's main objective is the return to full employment.

Step by step, DowJones30 recovered all the territory lost during the crisis. Today it has traded at the highest levels in its history at 30,654, without the RSI indicators still showing signs of exhaustion, overbought, or divergence. 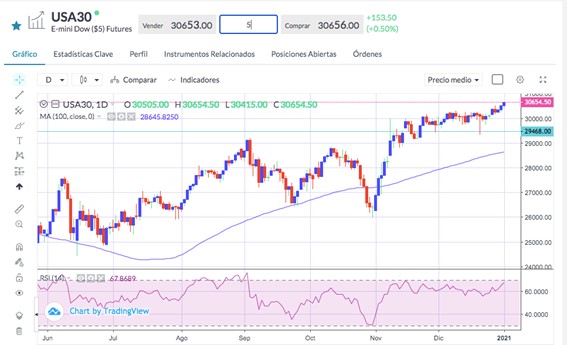 The approved fiscal stimulus policies, the ultra-expansive Fed monetary policy, and especially the appearance of vaccines that are already being administered to the population around the world, have been essential factors for cyclical stocks, which mainly make up this index, recover driven by a better outlook for future economic growth and consumption in particular.

In this sense, global manufacturing PMI data is being published today, and so far, there is a stagnation in the recovery levels that we had witnessed in previous months.

Caixin PMI in China 53 vs. 54.8 expected, in Europe 55.2 vs. 55.5 expected. These is the data for December, and it’s been influenced by the new measures to restrict mobility due to the increase in cases of infections in the world. This afternoon the US Manufacturing PMI is released.

In general, investors' mood is festive even though infections have not receded. Some problems with the distribution of vaccines have appeared both in Europe and in the United States.

The Greenback and its friends

In this scenario of increased risk appetite, the US Dollar has continued to weaken today.

If this movement continues in these first days of the year, the Dollar's downward trend that began when the Federal Reserve decided to lower interest rates to historical lows would be reinforced.

And this weakness of the North American currency motivated by very accommodative monetary policies is the main reason for Gold to strengthen again and surpass the levels of $1900.

With today's bullish move, the precious metal has far exceeded the intermediate resistance of $1900 while also hovering above the 100-day SMA for the first time in two months.

Fundamentals are still in favor and technically heading towards a significant resistance at $1950, which, if exceeded, would pave the way to further gains in the area between $1990 and $2000. 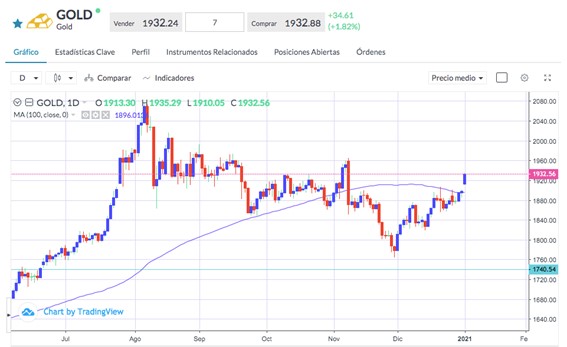