The financial markets have a lot to weigh in 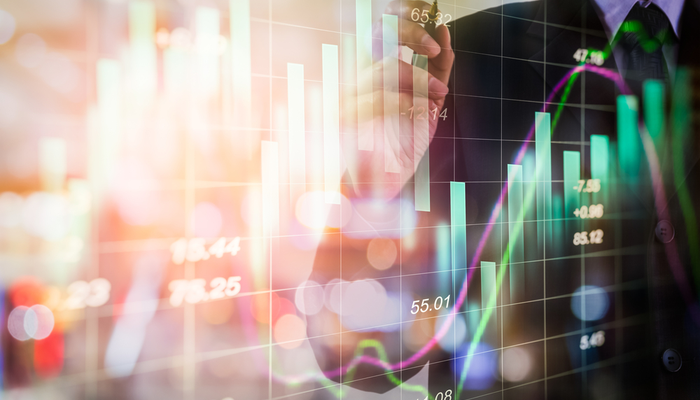 US Treasury bond yields continued to rise on Friday. The 10-year bond reached 2.72%, and higher levels were also recorded in the shorter parts of the curve.

The market is already pricing in a more aggressive Fed decision at its next meeting in May, with 50 bps hikes in fed funds and the announcement of bond sales on its balance sheet. This is driving the US dollar higher against all its peers, especially against the yen, which is approaching the reference area of ​​124.50, and against the euro. The latter is also being pressured lower by the war in Ukraine and by the French elections in which the extreme right is advancing in the polls.

The main topic of debate among investors and market analysts is whether the inverted interest rate curve is the prelude to a recession. In short, it’s about whether the upcoming Federal Reserve decisions to tighten monetary policy will cause a setback of significant impact on economic growth, leading to declines in GDP. This does not seem to be tied to the latest growth data and the improvement in the labor market. Everything will depend on inflation which is now the main factor around which all monetary policy decisions revolve.

This week, the US CPI data is scheduled for publishing, with forecasts of a year-on-year rise of 8.5%, without a doubt a high figure that has not been seen in more than 40 years, and that is the main cause of the drastic change that is going to take place in the monetary policy.

The US indices behaved unevenly during the session on Friday, with increases in the Dow Jones 30 and falls in the S&P500 and more pronounced in the Nasdaq.

One of the sectors that can benefit from the increase in interest rates is the banking sector, which will see its financial margins widen. North American banks experienced widespread increases during the Friday session despite the lack of momentum for the indices.

Banks fell throughout the first quarter of the year basically due to the negative effect of the falling bond prices that they hold in their investment portfolios. But it's all going to depend on how they've managed this risk, and this will be revealed this week as the earnings season begins.

JP Morgan announces its earnings on Wednesday, and it is the first large American bank to do so. Last Friday, its stock rose 1.72%. Technically it has major support in the area around 127. 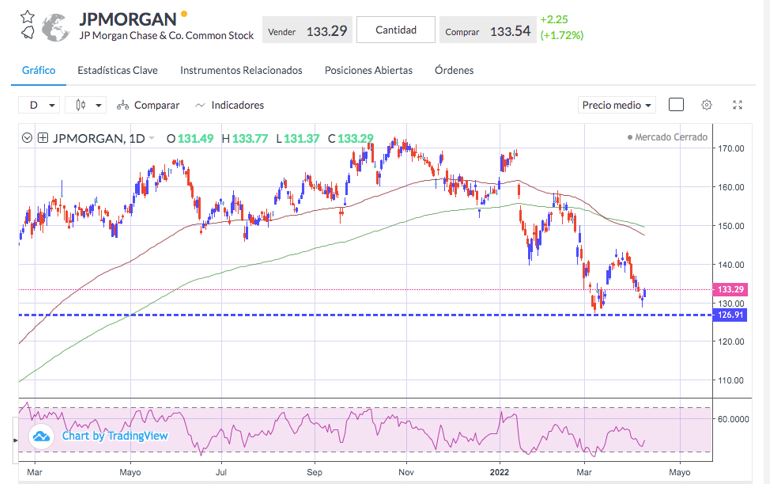