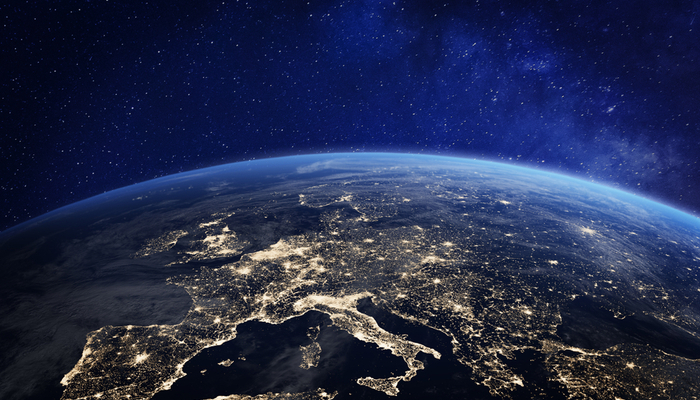 For December, the manufacturing PMI continues on its way upwards with a figure of 55.5 vs. 52.0 expected by market analysts.

But more significant than the manufacturing data is the Services PMI, which jumped to 47.3 from an expected 41.9.

This shows that the reopening of the economy that has been taking place in recent months has had a positive and immediate effect on the return to normality of the economy and especially in the service sector, which is the one that had been hit the hardest during the crisis and on which Europe's GDP depends on the most.

It is true that in recent weeks the evolution of infections has been on the rise in Europe and that new measures to restrict mobility and social distancing have been imposed in almost all European countries and that therefore it is expected that this has a downward effect on the next data to be published in the following months but on the other hand the start of vaccination against the virus and the resilience that the services sector has shown, among other things thanks to ECB's policy measures and fiscal stimulus contribute to raising the festive mood of investors.

The Euro has reacted positively to the news. EUR/USD has jumped above 1.2200, where it has held for a while, reaching the 1.2212 level before falling back below this zone but still above yesterday's highs around 1.2160. 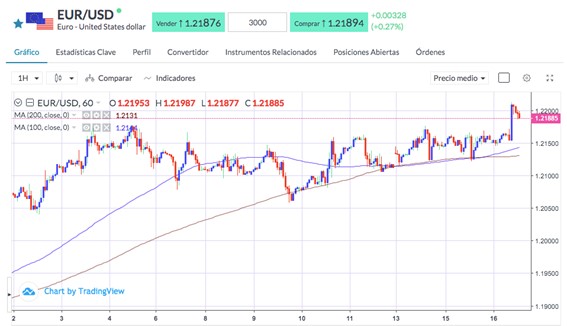 The greenback & the FED

The Dollar continues to weaken against all currencies awaiting today's decision from the Federal Reserve's Monetary Policy Committee.

The market consensus is that the benchmark interest rates will not change, but they may extend their QE asset purchase program over time.

This, together with the forecast of the economy that President Powell makes, will be the main elements the market takes into account and that may affect the price of the Dollar, which for the moment continues its way down without pause.

A less optimistic forecast for the economy or an intensification of the expansionary monetary policies would harm the US currency.

This weakness is being reflected primarily in the price of the Dollar against the Japanese Yen.

USD/JPY has broken down and is already at levels very close to the primary support at the 103.15 area, below which it works its way from a technical perspective to the area between 100.50 and 101.00.

The Japanese Ministry of Finance through the Bank of Japan has already reported that it is buying Dollars in the market, without this action being interpreted at the moment as an intervention in the market to avoid an excessive strengthening of the Japanese currency.

Still, as the price approaches the critical zone of 100, it is quite likely that the process of verbal intervention will begin, as has happened many times before, and even if the movement becomes excessively volatile, that they will decide to go on the market. It was buying Dollars to reverse the direction or at least slow down its intensity. 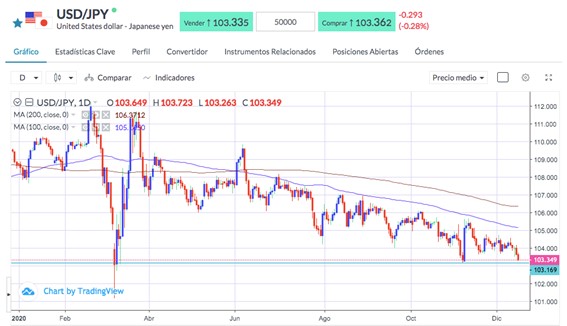