The Euro falls after ECB’s meeting. President Biden wants a tax for the wealthy - Market Overview

The ECB decided to maintain its accommodative policies, affecting the Euro. Elsewhere in the U.S., President Biden says taxes for the wealthy could increase.

In her post-meeting speech, President Christine Lagarde denied any possibility that the Central Bank could consider reducing its bond purchases in the near future, despite the optimistic economic forecast.

The Euro fell slightly after the meeting due to the dovish approach from the European Central Bank. EUR/USD traded around the 1.2000 area, timidly surpassing this level. In the short term and from a technical perspective, this could now act as main support of this currency pair. 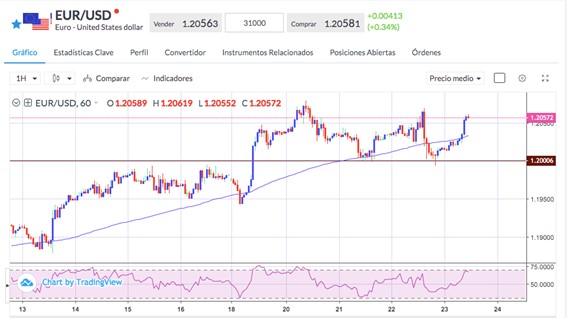 Everything could depend on economic figures in the euro area, potentially confirming the ECB's forecast regarding economic recovery.

For example, the Manufacturing PMI for April was published today, showing a slight increase than forecasted - 63.3 vs 62, causing the Euro to rise and bringing it back to the high levels reached previously in the area of ​​1.2050. In the short term, the pair finds itself within a narrow trading range between 1.2000 and 1.2070.

The outcome of this trading range will depend mainly on the price of the U.S. Dollar, as Euro's direction seems to lack a clear trend, being caught between ECB’s ultra-expansive policy and expectations of solid growth confirmed by the latest economic figures.

Yesterday, President Biden announced his intention to raise the long-term capital gains tax for wealthy Americans from the current 20% to 38.5%. This tax applies to those with more than $1 million in annual income.

Following this piece of news, the U.S. stock indexes collapsed. This tax increase could be an important factor for investors to take into account. It could mean the beginning of a corrective period for U.S. stock markets if it turns into reality.

This factor is undoubtedly an element that could increase investors’ risk aversion, potentially impacting other financial assets. In a scenario of worsening risk sentiment in the market, the U.S. Dollar traditionally acts as a safe haven. The commodity currencies, such as the Australian Dollar, could be negatively affected.

From a technical point of view, AUD/USD appears to be forming a potential Head and shoulders pattern. In the hourly chart, the pattern would be activated below the 0.7700 zone with a theoretical target at 0.7600. 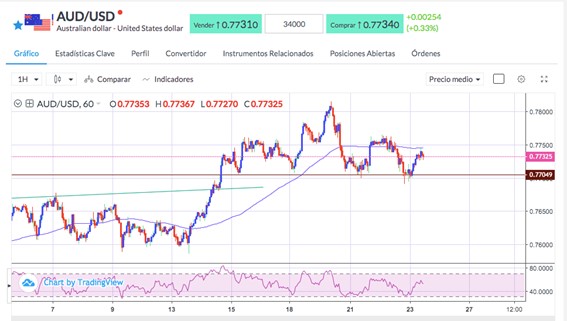