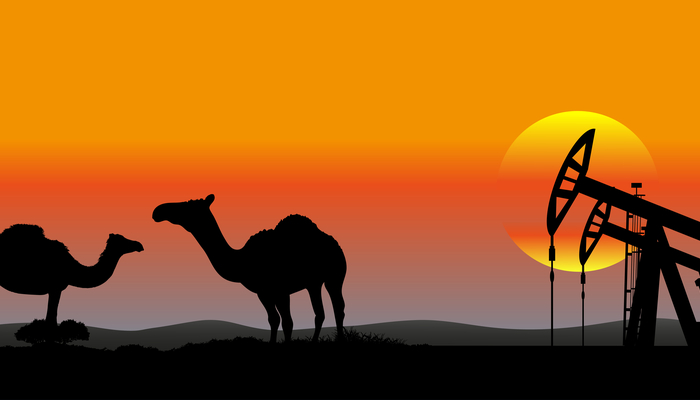 OIL remains at the lowest levels after more than seven days of continuous declines.

Low global demand prompted Saudi Arabia to cut its reference selling price, and now, no decisive action is expected from oil producers to cut their supply.

Although China, one of the primary consumers, is already showing clear signs of recovery in its productivity activity, the rest of the world, including Europe and the United States, continue with modest advances and with teleworking measures and social distancing that notably decrease fuel consumption.

To this, we must add the end of the "gasoline season" in the United States that traditionally coincides with a drop in the price of gasoline and lower demand for crude.

Expectations for the price of crude oil are unfavorable in this context of low demand and still uncertainty about the evolution of the pandemic.

Technically, OIL has stopped its move lower at the 100-day SMA level at $37.27, having drilled it slightly earlier today. A close below this level paves the way down to the primary support at $35, below which it only finds intermediate support in the $32 zone. 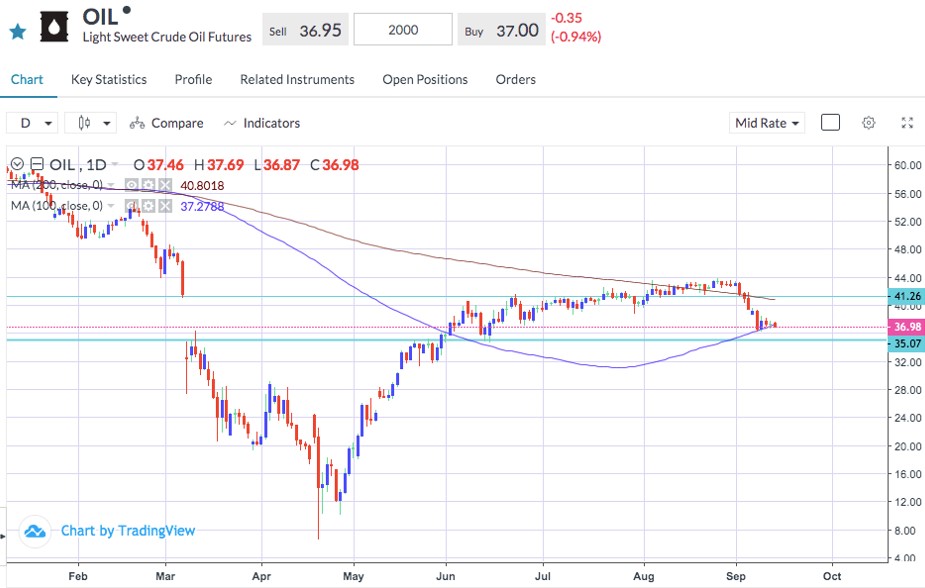 A scenario of continuous falls in the price of crude oil would complicate the ECB in its mandate to achieve an inflation level close to 2%, which for the moment is far away.

Next Thursday, the CPI figures for the euro area for August will be published, the average market forecast is -0.4%.

With domestic demand and retail sales still very low in the Euro area, the ECB may soon be forced to react with new stimulus measures in its monetary policy, either by cutting interest rates or by increasing the volume of purchases of its asset purchase policy, something that would have a negative influence on the price of the Euro, the recent strength of which is another element of concern for the Central Bank.

The US Federal Reserve meets on Thursday of this week. The North American Central Bank has deviated from its inflation target by allowing it to rise above 2%, to focus on stimulus and job creation.

No change in its monetary policy is expected at this next meeting. Still, the market will be very attentive to Powell's comments on the assessment of the economic evolution and the possibility that he can provide clues on future actions of the central bank in order to achieve its job creation target, which is still at distant levels, above 8%.

Any sign of increases in asset purchases or interest rate cuts would have an immediate effect on the GOLD price.

The precious metal has been consolidating the price after the sharp rally in July; the technical pattern is that of a continuation triangle that is currently about to break to the upside.

A daily close above the 1960$ zone opens the way for advances to the $2000 zone where it finds its first resistance. 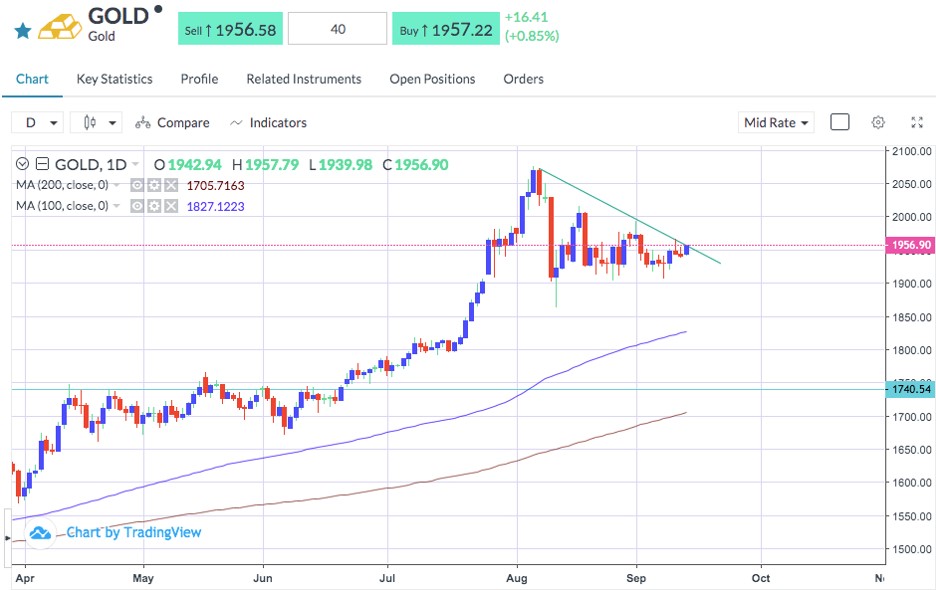