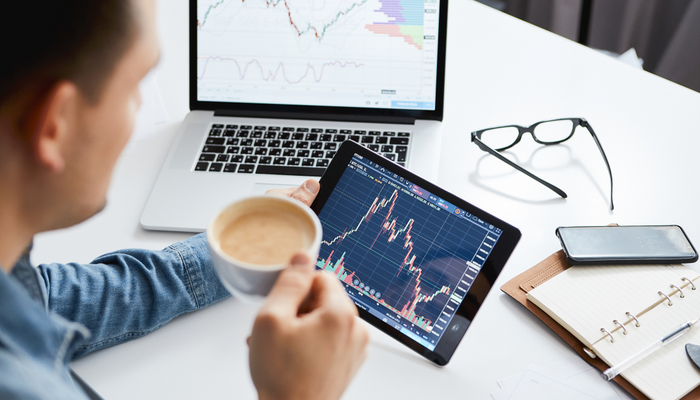 After the movement that occurred yesterday in the market due to increased risk aversion, which caused notable falls for stock indices, the yen strengthened its role as a safe-haven currency.

U.S. Treasury Bond Yields dropped sharply, with the 10-year benchmark falling below 1.30%. However, the market started the last day of the week undoing the previous movements, back to more optimistic risk sentiment.

The uncertainty about the world’s economies is still high, accentuated by the rising delta variant of the virus in Asian countries such as Korea or Japan. Also, new cases in Europe and the U.S. have increased.

All this led investors to believe that central banks, especially in the United States, will not start to withdraw stimulus as soon as it was recently forecasted and that growth figures will slow down in the coming months.

Today the U.K. monthly GDP was published, showing only a 0.8% rise - a downward revision of the previous data to 2%. Also, the unemployment figures revealed yesterday showed an increase above the expected numbers, suggesting that the North American labor market has lost steam. Even more so, it is expected that direct government aid to citizens will end in the coming months.

Therefore, the doubts are high, and this is reflected in the behavior of the stock, Forex, and fixed income markets.

Next week, the CPI and PPI data for the United States will be published, which will be closely followed by investors to determine if the upward pressure on prices is a sure thing or just a temporary and transitory phenomenon.

With today's change in sentiment, the yield of the 10-year American bond has returned above 1.30%, and with it, the dollar strengthens, especially against the yen.

USD/JPY is trading above the lows reached yesterday, surpassing the 110.00 level. From a technical analysis point of view, it needs to overcome the 110.40 area, previous level of support and where the 100-hour SMA line passes, to resume previous bullish momentum. 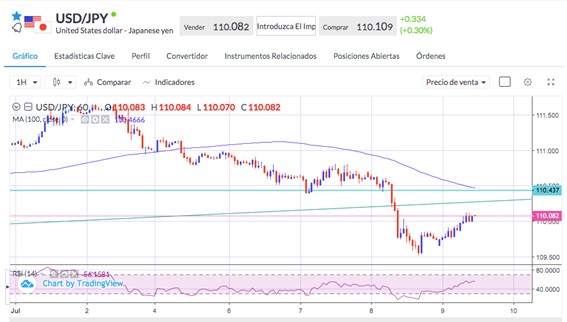 Oil is also correcting higher today after two days of steep declines. These declines can be considered part of a technical correction or profit taking as there are no fundamental reasons to justify it. The OPEC meeting was cancelled without an agreement to increase production, and the recently released inventory figures still show substantial drops above expectations. The global demand for crude oil is rising, and the current supply does not cover consumption needs.

The trend appears to be still bullish. In the short term, the oil price has a resistance level of around 73.80, where the 100-hour SMA line passes. 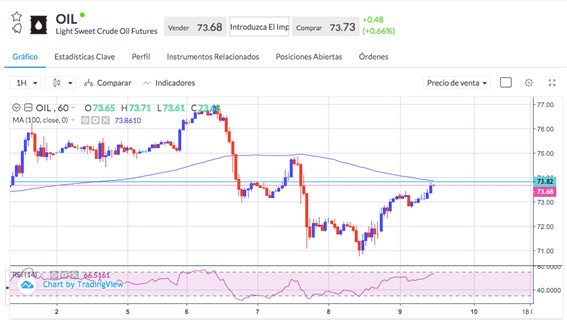