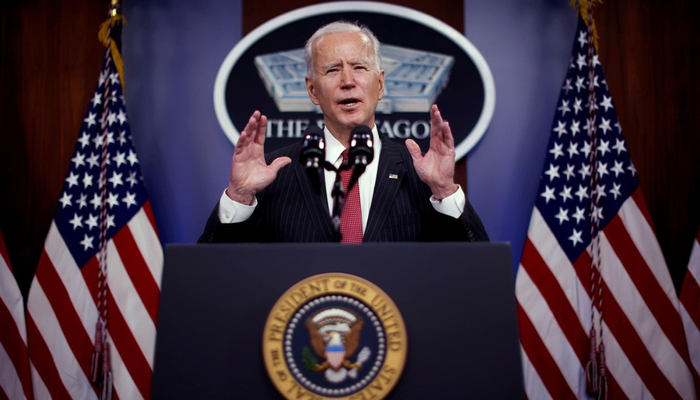 The U.S. economy already shows signs of a strong recovery, as its aggressive vaccination program resulted in the reopening of the country's economy.

Wednesday's ADP report showed that U.S. private payroll increased by 517,000 jobs last month. This may be a good indication of the Non-Farm Payrolls report, which is expected to show another increase of around 650,000 for March.

However, the pressure on U.S. Treasury bonds continues, with the yield for the 10-year bond still above 1.70%.

We’re still in a market characterized by a substantial drop in activity due to the holiday period. At the moment, this appears to be translating into narrow-range movements in most assets, with many of them motivated by requirements for portfolio adjustments that are not based on fundamental reasons.

Elsewhere in the world.

According to new reports, the Japanese investment funds have been the most active in their sales flow, coinciding with the end of the fiscal period in March.

But the U.S. Dollar does continue with its upward trend against most of its peers, supported by the increase in long-term interest rates and the high expectations regarding a speedy recovery of the North American economy due to the special stimulus measures.

The best performing Dollar-related pair could be USD/JPY. After a downtrend that began in early 2020, the pair has broken all resistances in a short period and finds itself in an uptrend targeting the 112.30 area.

This pair has a high positive correlation with the U.S. bond yields, so the market’s forecasts could reveal a continuation of the upward trend.

In the case of the Australian dollar that we reviewed yesterday, it has weakened slightly, pressured by increasing tensions between the United States and China. A report released yesterday accused the Asian giant of making it difficult for American digital companies to export and accused it of unfair competition, threatening new sanctions. It is foreseeable that China will respond with restrictive measures to the countries around the United States. In this case, one of the most affected would be Australia.

The AUD/USD pair fell yesterday following these announcements, technically validating the Head & Shoulder formation pointing towards its theoretical target of 0.7270.