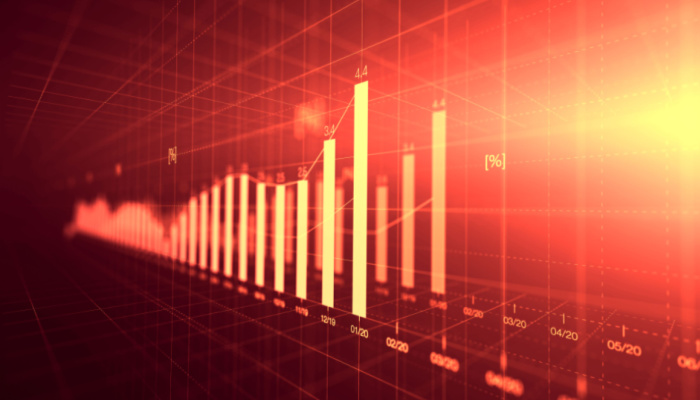 The figure was expected and somewhat discounted by investors, although it was one one-tenth lower than forecast.

This negative figure added to the bad consumer confidence data from the previous day. All these metrics increase expectations of a profound slowdown in the US economy that could lead to a recession.

The stock markets are reflecting this now, not with deep falls but with some indecision.

Still, Fed Chairman Jerome Powell insists that while they expect the US economy to slow down. The goal is to maintain growth without triggering a recession. He declared this yesterday in a statement made at a convention of central bankers in Portugal.

A good indicator of how the economy is doing will be the employment figures published next Friday. Job creation will likely decrease, and the employment rate will increase slightly if, as everything indicates, the economic momentum is lost. But paradoxically, an employment figure that shows some worsening of the labor market would be welcomed by the markets insofar as it could mean that interest rates do not have to rise as much as the market anticipates. Treasury bond yields reflected this yesterday: a fall to 3.10% in the 10-year bond.

But the key figure that can mark the course of the market soon will be published today - personal consumption expenditure. Around 6.3% for headline PCE and 4.8% for core PCE are expected.

Any figure below these levels that could indicate that inflation has peaked would be positive for the stock markets. During June, there have been big falls in the price of the main raw materials, including gasoline, but the figure published today is that of the May PCE. Therefore, the statistics will not be able to reflect these setbacks if they have some impact on this data. Only a drop in domestic consumption caused by the latest rate hikes could influence prices.

Raw materials continue to be under some pressure, mainly due to expectations of a drop in global demand due to the economic slowdown.

Oil, which had rebounded slightly in the last three days, is back down again after a US government official commented that they expect OPEC to increase production, hinting that there may be some agreement with Saudi Arabia. OPEC is meeting today, and although nothing special is expected from this meeting, the market will be very attentive in case they could announce an increase in production by surprise.

Technically, WTI oil fell after pulling back towards a previously broken uptrend line. Below, it finds a reference level around $104, where the 100-day moving average passes. 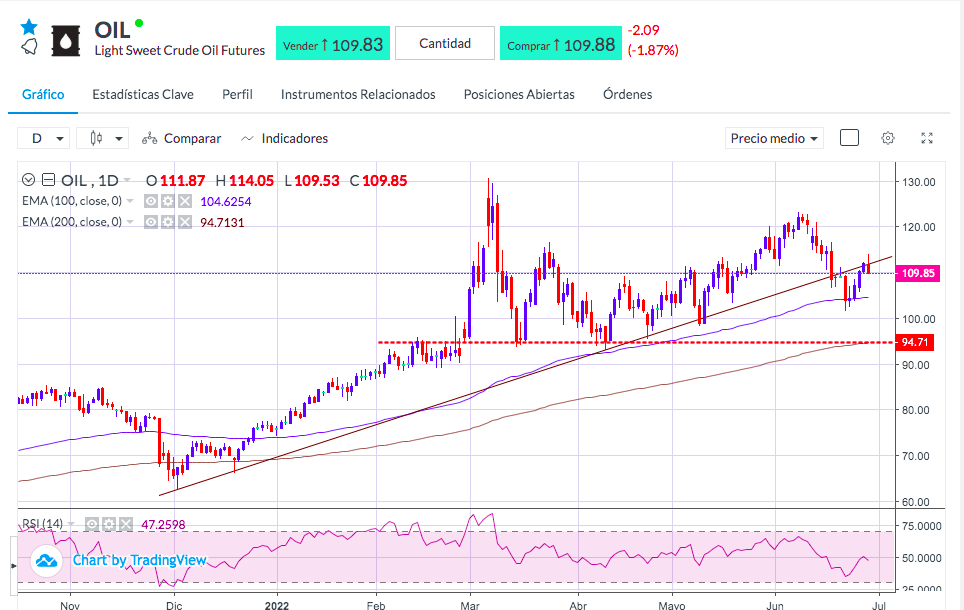