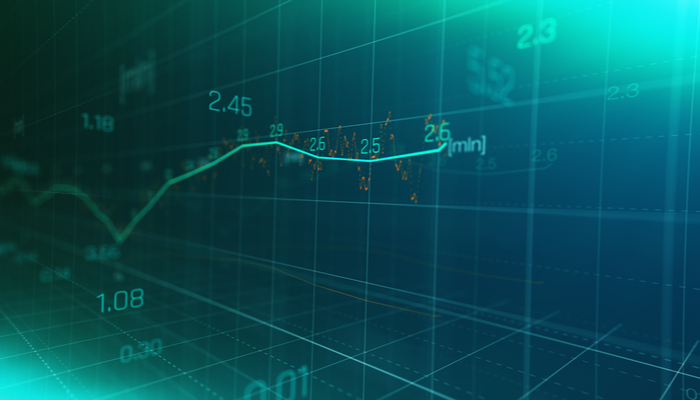 The Federal Reserve, in its meeting yesterday, did not take any decision that would imply a change in its current monetary policy.

Expectations that the Fed would announce a temporary extension of its asset purchase policy were not met. However, both in the statement and President Powell's speech and press conference, they made very clear to the market their determination to maintain the current expansionary monetary policy for as long as necessary, with the main objective of reaching full employment levels.

Even if inflation levels exceeded the 2% level, on the other hand, the estimated projection of the growth and inflation data was slightly modified with some improvement in those of the current year. Still, those of subsequent years remained the same.

Ultimately, Powell was very dovish in his statement, ensuring low-interest rates for an extended period and allowing inflation spikes without modifying his current decision to implement ultra-expansive policies.

Dollar Vs. The world

The result of all this was the weakening of the Dollar against all currencies.

EUR/USD, after a brief setback when the Fed's decision was known that brought it to the 1.2120 level, jumped higher, surpassing the 1.22 level and reaching the 1.2244 area. 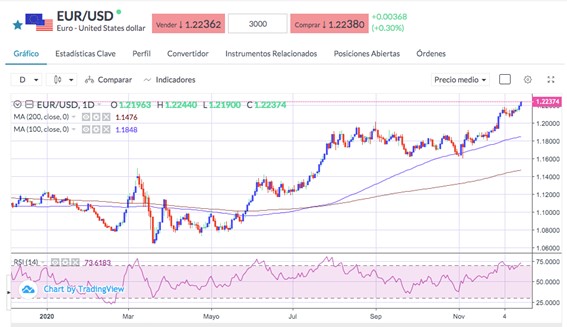 Technically, it is already close to the resistance level located between the 1.2300 and 1.2400 range. The previous concentration of prices during January 2018 and the RSI show signs of exhaustion of the upward movement. On the daily chart, RSI is close to the overbought zone and threatens a bearish divergence if there is a slight correction or stagnation from current levels.

The Dollar has had the same behavior in its price against the Japanese Yen.

USD /JPY has lost more than half a figure since yesterday's highs and what is more important from a technical analysis point of view is the loss of support located at 103.16. Below these levels, it makes its way to the 101 zone. It would need to make a daily close below the 103.16 resistance to confirm the bearish breakout. 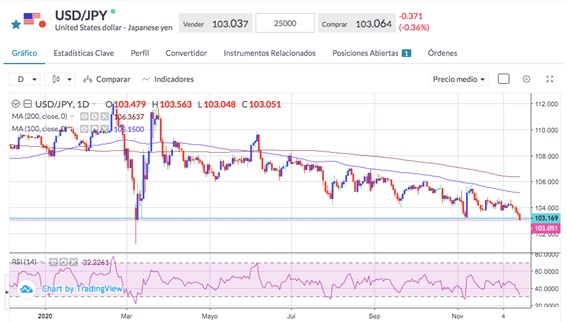 With a weaker Dollar and a very accommodative monetary policy that will continue for an extended period, gold finds all the fundamental factors in its favor.

In fact, after the Federal Reserve meeting, the precious metal experienced an upward momentum that has led it to overcome the resistance zone of $1875. Also, here it needs to confirm this break to the upside with a daily close above these levels, paving the way for higher gains towards the $1900 area, previous support, and a prior price accumulation.

With this confirmed upward movement, the downward trend leg that began at the beginning of last August and that can be considered a corrective consolidation movement of the primary upward trend that has been operating since June 2019 would be terminated.