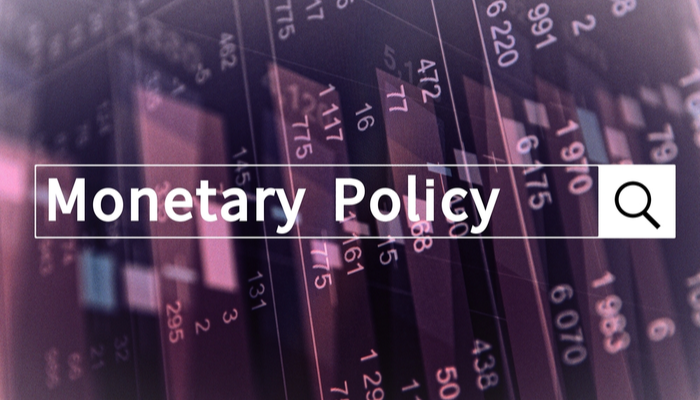 Market sentiment leaned more towards a possible end to price increases and a less restrictive reaction from the Federal Reserve.

After two days of declines, the benchmark 10-year Treasury bond yield jumped as much as 2.82%, following the release of US economic data such as retail sales and unemployment claims.

On Thursday, the New York Fed President John Williams said that the US Federal Reserve should reasonably consider raising interest rates by half a percentage point at its next meeting in May, which was seen as a sign that even the more dovish members of the Fed agree with higher interest rates.

The markets witnessed sharp rate hikes by the New Zealand central bank and the Bank of Canada, a surprise rate hike by the Bank of Korea, and policy tightening by the Monetary Authority of Singapore. In short, we witnessed a global wave of more restrictive monetary policy.

US stocks had gained on Wednesday, hoping that price gains might be peaking. But Thursday's move can be seen as a sign of little conviction behind those hopes. The uncertainty is still regarded as too high.

Meanwhile, the euro fell to a two-year low against the dollar in the currency market, as ECB President Christine Lagarde's comments were seen as a sign the bank was in no rush to raise rates.

The interest rate differential between the dollar and the euro seems to widen even more after the different paths the respective central banks are taking. To this must be added the concern about the evolution of the war in Ukraine and the rise in oil and gas prices on which Europe is highly dependent.

EUR/USD traded below the major support at 1.0805 on Thursday before bouncing slightly in Friday's session, where liquidity was tight. The pressure on the pair will continue throughout the week with the French election next Sunday. 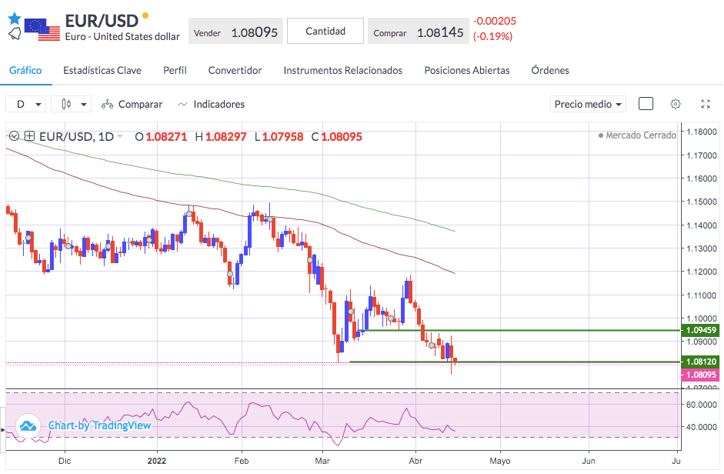