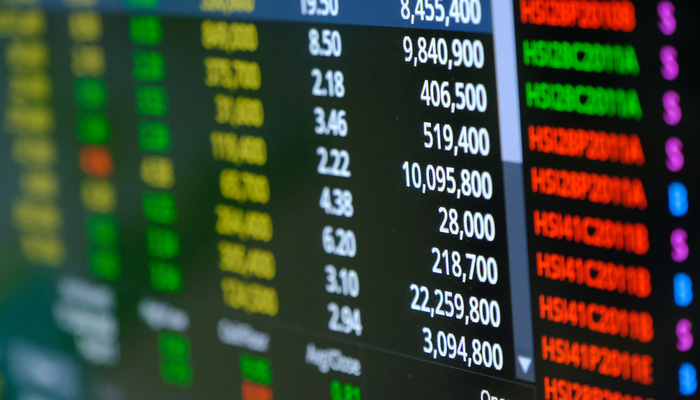 After the setback suffered by the stock markets during the North American session yesterday, the market begins with hesitation awaiting events.

The total lockdown announced yesterday by the British government and the increases in the number of infections in the rest of the world are factors of concern for investors. Even though the administration of vaccines has already begun worldwide, this can only be assessed in its positive effects within a few months.

Currently, the market's attention is focused on the results of the Senate elections in the second round "run-off" in Georgia. It will depend on them whether the majority in this chamber is Republican or Democratic.

But whatever the result, something that will not be known with certainty until the end of the week, the market's effects are still uncertain. Although a majority of Democrats, what has been called a "bluewave," could be an incentive for the stock markets to anticipate more significant stimulus measures, on the other hand, it could also arouse concern about an increase in the tax burden ahead of the more probable increase in public spending.

A divided Congress, a Republican majority in the Senate, also has a binary interpretation. This is a brake on the tax increase but with less probability of an aggressive fiscal policy.

Therefore, the possible effect in the market when the result is known would be more short-term without constituting a trend element in the long term.

The return to basics, to the fundamentals, will be the main characteristic of the market once all these geopolitical factors derived from the elections and the measures adopted to stop the pandemic are left behind.

In this sense, today, the economic figure of retail sales in Germany for November has been published with a notable increase compared to the expected 5.6% vs. 3.9%.

This is a good figure joined by the change in unemployment in December that improves by -39k compared to the +10k expected.

Both data are positive.

Even so, it has not been enough to push the DAX index higher, which remains below the highs reached on December 29, with four consecutive trading days of losses and an intermediate support level in the area of ​​13465. 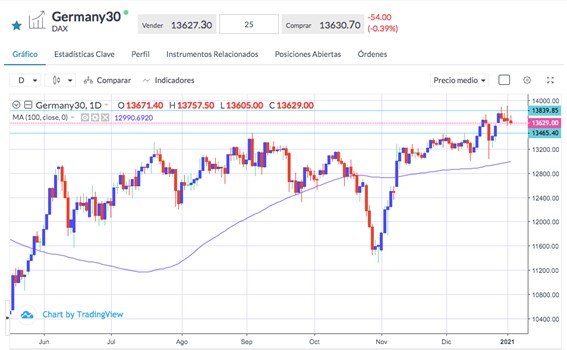 USD vs. The World

The US Dollar continues to press down against all currencies. The result of the second-round vote in Georgia for the Senate is not expected to significantly impact its price since the main factor of weakening the US currency will continue to be the Fed's monetary policy.

USD/JPY is at low levels of the last four years and technically does not find any obstacles until the intermediate support zone of 101.50.

To take into account that the Japanese Ministry of Finance warned that it would not allow a strengthening of its currency below 100 in its price against the Dollar, so if the pair continues on its way down and mostly if it does so with greater volatility, we could see interventions, not only verbal but in the real market. 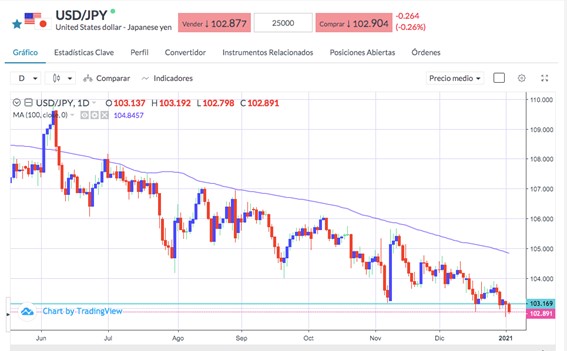