The inverse correlation between the US Dollar and the stock markets has stopped working since yesterday.

In recent months, everything has been a risk-on, risk-off game in which a greater appetite for risk led to a rise in stocks and a fall in the US Dollar due to outflows of the currency in search of higher returns and vice versa.

But everything indicates that the behavior model may be exhausted.

The stock markets continue unstoppable on the rise despite the warnings of analysts and traditional investors. Their valuation models indicate levels of risk due to the overvaluation of a large part of the stocks. The leading cause of this rally is the enormous amount of liquidity in the system provided by central banks and the lack of alternative options such as fixed income at historically low yields and central banks' action.

In line with the fall in its interest rate levels, the US Dollar began a downward movement that can already be considered a trend.

Still, its high-intensity level has led it to oversold areas with a considerable increase in short positions reported in the market that inevitably anticipate corrective movements against the major currencies.

On the daily DollarIndex chart, we can see a triple bullish divergence of the RSI, and on the weekly chart, the RSI is below the oversold zone. A correction of this move or at least a break in its downward move for a while is anticipated by technical analysis. 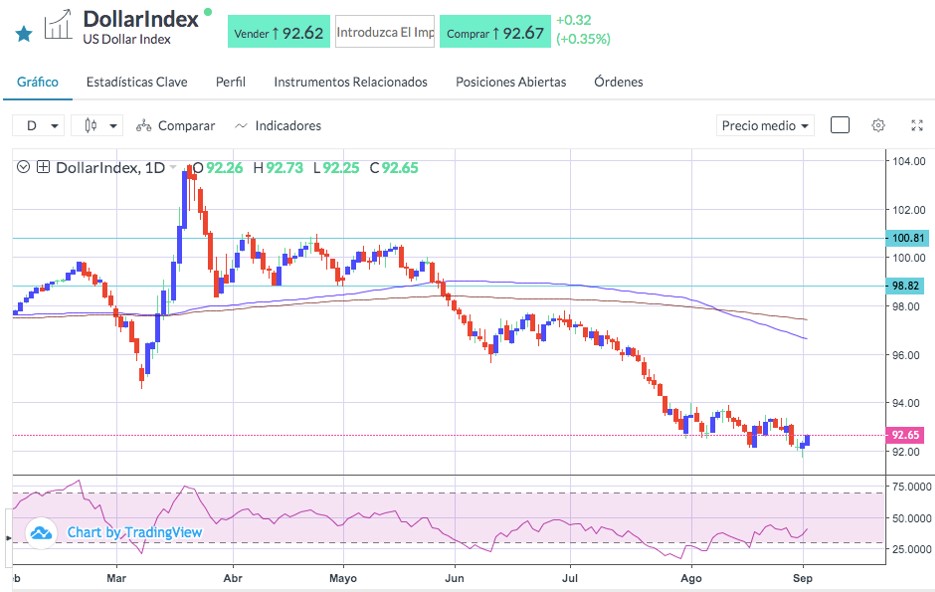 This has been reflected today in the price of the Dollar against all currencies, including the Yen.

Even though the stock markets continue to rise and the ADP Nonfarm employment figure has published a number below what the market expected, 428k vs. 950k, something that in other circumstances would have weakened the North American currency, the Dollar has continued to correct upward.

EUR/USD has lost more than 150 pips since yesterday. In this case, the movement is also attributable to the statements of the ECB's chief economist who, as we noted in yesterday's analysis, has begun to show concern about the upward escalation of the Euro that could hamper the economic recovery of Europe and neutralize part of the expansionary monetary policies of the central bank.

In other currencies such as the Australian Dollar, it has also corrected. AUD/USD has stopped right in the resistance zone located around 0.7400, and with a weekly RSI in the overbought zone, it could initiate corrections that will take it to its next support at 0.7250. 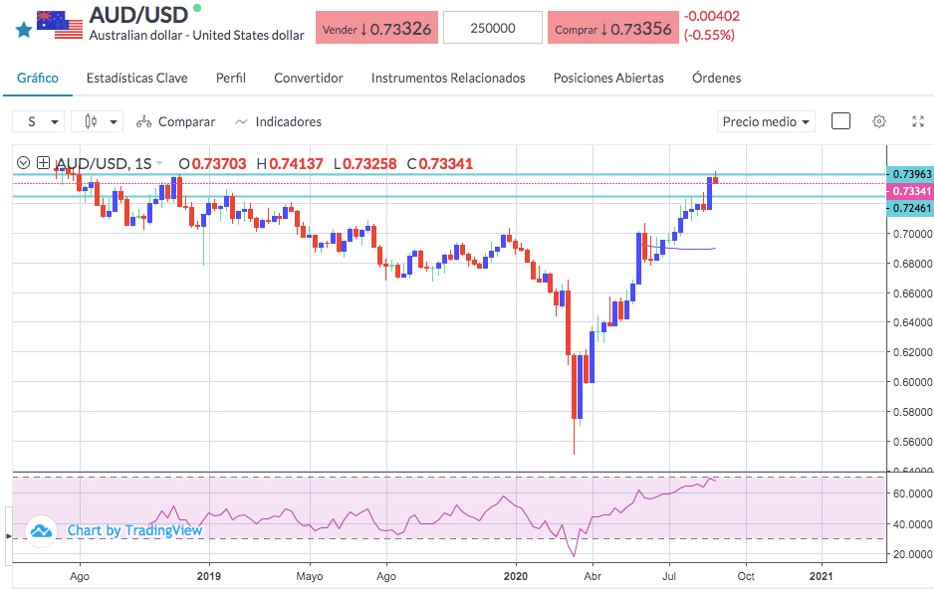 GBP/USD has a similar pattern.

On the weekly chart, it has stopped in a massive resistance zone at 1.3400. Although its overbought level is not so much according to the RSI, other factors of instability, such as the lack of agreement in the Brexit negotiations, could lead to downward corrections at least to the next intermediate support at the 1.3200 area. 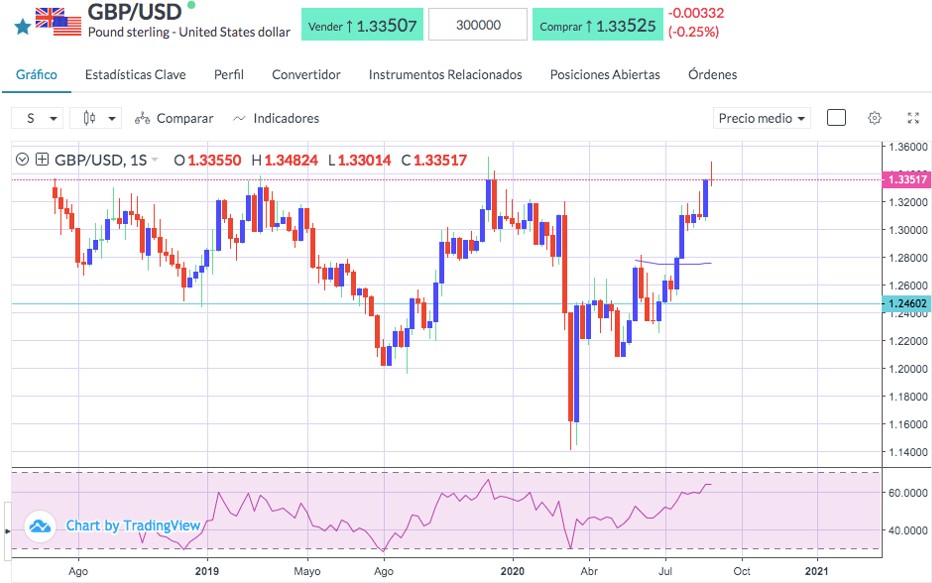