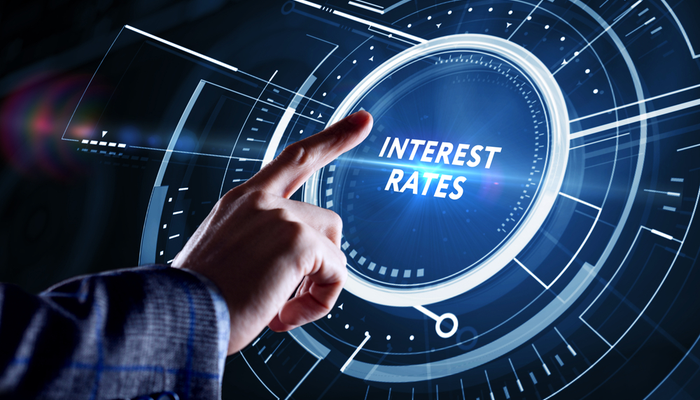 This relevant movement in the fixed income market indicates that the investors’ focus is on the Federal Reserve's imminent steps, expected to end the bond purchase program at the end of March and to raise interest rates. The main cause of these actions appears to be the worrying inflation levels from the previous months. We should also keep in mind that the US is close to reaching full employment, in line with the country’s central bank expectations.

Throughout December, market interest rates remained stable at relatively low levels. Still, as soon as the new year began, the market reacted and behaved more in line with what the Fed had clearly and explicitly stated.

Considering all these things, the upcoming inflation data - both the CPI and the Personal Consumption Expenditure - will be closely followed by the market since potential new rises could convince the Federal Reserve to take action.

Currently, the stock markets do not seem to be particularly worried about the galloping inflation or the rising cost of financing derived from the interest rate hikes. Also, the disturbing news from China where the cases of contagion from Omicron are causing business closures and massive confinements in some provinces of the country didn't seem to impact indices - yesterday, they again traded at levels close to their highs.

The effect of these rate hikes was noticed in the foreign exchange market, with the US dollar appreciating against all its counterparts.

The most affected pair has been the AUD/USD falling more than 1%. In this case, the Australian dollar, a commodity currency, was under pressure because of the decline in raw materials, especially Copper.

Technically, the pair has undergone a correction from November's decline, which had dragged the price close to the 100-day moving average. This level is now the main resistance zone that should not be exceeded in a potential downside continuation move. 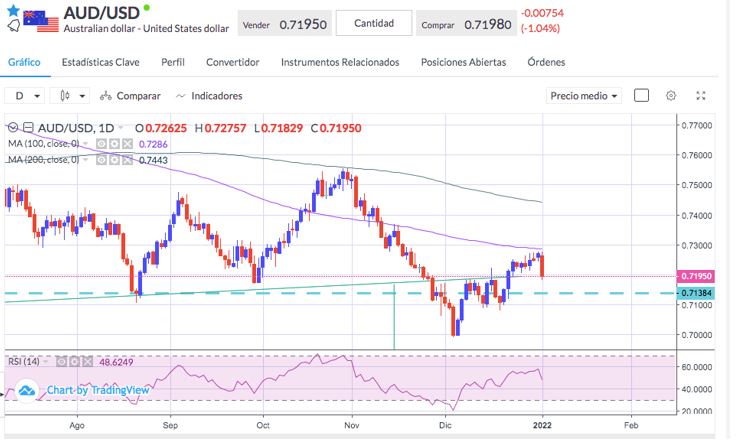 Another asset that reacted to the rise in interest rates is GOLD. Previously, gold had reached the resistance zone around 1831, but yesterday it plunged below 1800, returning to the previous trading zone. For a bearish continuation, having rejected the resistance levels, it will be necessary for the US dollar to remain strong and for interest rates to continue to rise in line with Fed’s expectations. 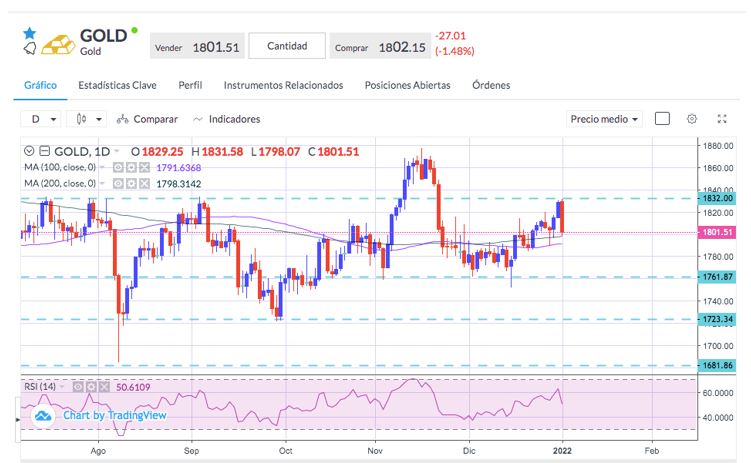