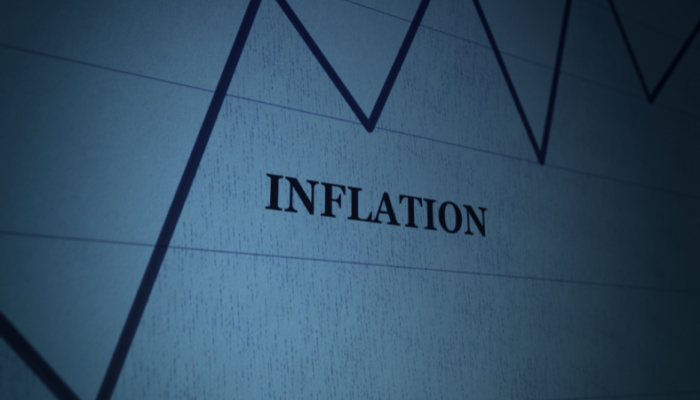 After last Thursday's CPI figures, the market is speculating on the possibility that the Federal Reserve will raise interest rates by 100 bps

This sparked fears of more aggressive action from the Fed that could cause further damage to the economy leading to the dreaded recession.

To these fears was added the worse-than-expected results of two of the big North American banks: JP Morgan and Morgan Stanley. Despite the higher interest rates, which in principle should benefit them, income fell significantly due to inflation, geopolitical tension, and, above all, the reduction in liquidity in the market due to the end of "Quantitative Easing" of the Fed, as indicated by Jamie Dimon, CEO of JP Morgan.

The slowdown in the economy is a fact, and excessively restrictive monetary policy action by the Fed could have unintended consequences. This is what the market and investors, in general, are trying to weigh in.

Statements made yesterday by Fed Waller were quite explicit. Despite being known as being "hawkish" (more inclined to high-interest rates and restrictive monetary policies), Waller admitted that a hike of 100 bps in the next meeting would only happen if the following retail sales data (domestic demand) and housing are higher than expected. Therefore, these figures published between today (retail sales) and next week will be decisive in assessing the Fed's next action.

Only if they show very high figures will they leave the possibility of a 100-bps hike open. He also admitted that with a rise of 75 bps, the neutral level would be reached, implying that it could be close to the maximum in interest rates. Equity markets reacted positively to these comments and recovered lost ground earlier in the session.

Therefore, in this case, as has been the case lately, a weak figure for the real estate market and/or retail sales would be well received by the stock markets if it would stop the Fed from making more aggressive rate hikes.

Treasury bond markets, however, do not yet reflect this tension. Treasury bond yields were up slightly but still at low levels, the 10-year bond at 2.98%. Normally, this would be the market that would first see interest rate stress, but all indications are that US bond traders are not yet buying into the idea of ​​an overly hawkish Federal Reserve.

On the contrary, the movements are more impulsive in the foreign exchange market. The US Dollar does not stop on its upward path against almost all its peers, with special attention to its price against the Euro.

EUR/USD went below parity due to the US dollar's strength. This added to the fact that Euro is excessively vulnerable to the geopolitical situation and an ECB that shows itself with its hands tied between high inflation and a declining economy.

The pair is expected to continue with targets towards the 0.9500 zone and even lower. The all-time low for the Euro was 0.8229. 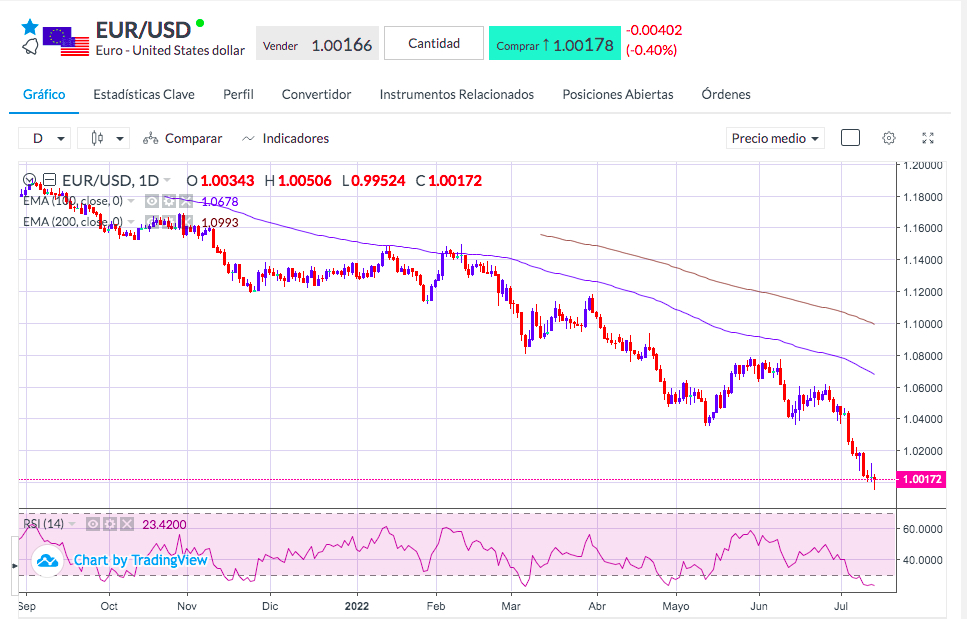