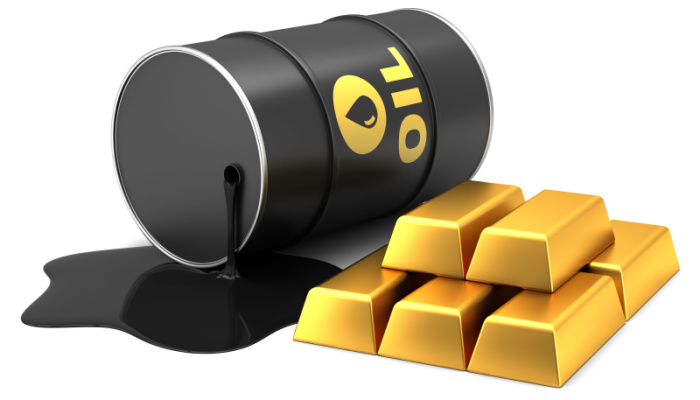 Gold fell by around 27 dollars due to the strength of the dollar and the rise in market interest rates.

Friday's price action was just an extension of the effect of the previous Fed meeting and the growing fear that Powell will over-pressure the economy with interest rate hikes, pushing it into a recession. While the action was primarily in the bond market.

The US 10-year bond reached yield levels of 3.89% before falling sharply to close at 3.69%, possibly because investors are beginning to see value in fixed income at these levels and because bonds would act as safe havens if the worst economic forecasts come true.

The fixed income market is experiencing massive and unusual movements. These are similar to those seen in the 10-year British bond, which saw the largest yield increase in its history, up to 3.84%, after the new government announced tax cuts and spending increases.

In short, a disorderly market with volatility well above normal denotes the market's high degree of uncertainty, largely caused by the reaction of central banks. Particularly the Federal Reserve's response to inflation threatens a very restrictive monetary policy that could lead the economy into a crisis.

The Wall St. indices fell nearly 2% on Friday, while the dollar gained significant momentum, endangering the stability of the foreign exchange market and the commercial balance. One example of this was the intervention of the Bank of Japan, which intervened in the market for the first time in years to stop the weakening of its currency.

Gold fell by around 27 dollars as a result of the strength of the dollar and the rise in market interest rates. A drop in inflation expectations due to the economic slowdown also failed to support falling gold prices. That contrasts with the aggressiveness of central banks' speeches about their monetary policy intentions.

The raw materials market also experienced high volatility. Most commodities, such as copper and oil, are under pressure due to restrictive monetary policies and the prospect of weaker economies in the near future.

From a technical standpoint, WTI Oil has already confirmed the break of the major support at 85.25 and is heading towards the intermediate support at 76.50, below which the next target is around 64.80.