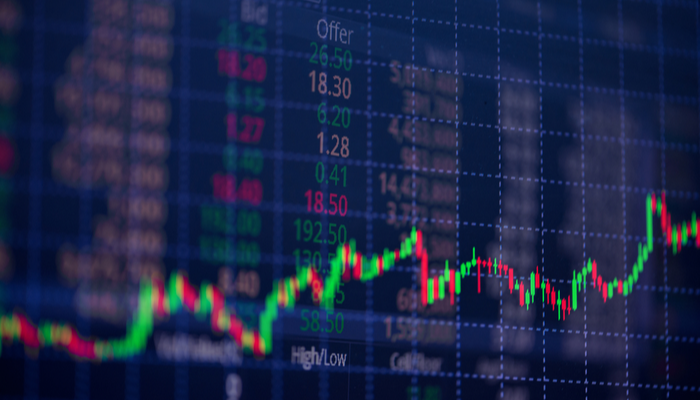 At the end of the trading session, they recovered much of the lost ground, while the US currency, according to the dollar-weighted index, reached a 20-year high

The media attributed this to investors' fear of inflation, but this argument doesn't hold up since both the US CPI figure and the producer price index figure, published yesterday, showed lower levels compared with the previous month. This might suggest that inflation has already reached its peak. If we observe the behavior of treasury bonds, both American and European, we’ll see that they experienced deep falls in their yields, with the 10-year American bond falling ten bps to 2.83%.

If investors were worried about inflation, they would have sold treasuries, and yields would jump, as they would expect more aggressive action from central banks on interest rates.

The market move didn’t occur due to fears of inflation but was classic risk-off behavior motivated by escalating war tensions in Ukraine. Germany warned that Russia was using gas and oil as a war weapon and what raised investors’ concern was Finland's formal request to join NATO. The Nordic country has been maintaining a neutral status since World War II. Given that it borders Russia, an uncontrolled reaction of the latter is feared.

In a context of increased risk aversion, investors flee towards refuge assets. And that was what happened yesterday. The first was the massive purchase of treasury bonds, the main refuge asset, and the second was the purchases of USD, a safe currency against all currencies except the Japanese Yen. The latter tend to act in these circumstances as the main destination for investors fleeing risky assets.

The largest moves in the entire market came in the Yen crosses, with EUR/JPY down more than three figures and USD/JPY more than 1 1/2 figures.

After a relentless rally in USD/JPY for more than a month that took it to 20-year highs, the pair suffered a severe setback.

Technically, the pair targeted this move lower with a sharp bearish triple divergence on the daily RSI. The Fibonacci retracement levels of the entire bullish leg have the 125.10 zone as its first target (0.382%). For this to happen, the same tension level in the markets should be maintained, but this scenario seems unlikely.

Moreover, if the Federal Reserve is more cautious in the next meetings and does not raise interest rates as aggressively as anticipated or if the interest rate remains current, this could be possible.

In any case, nothing to do with inflation. 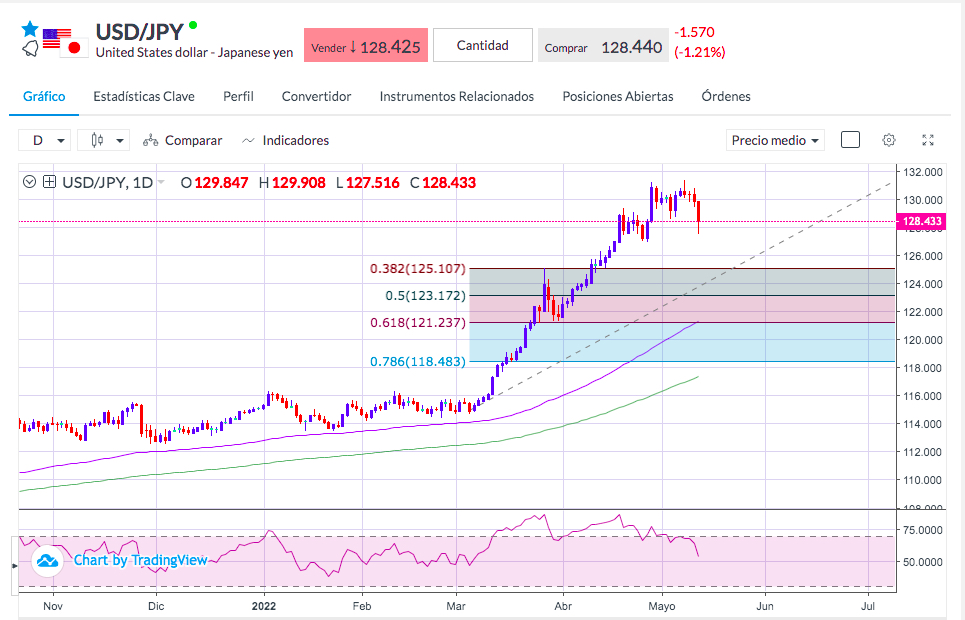