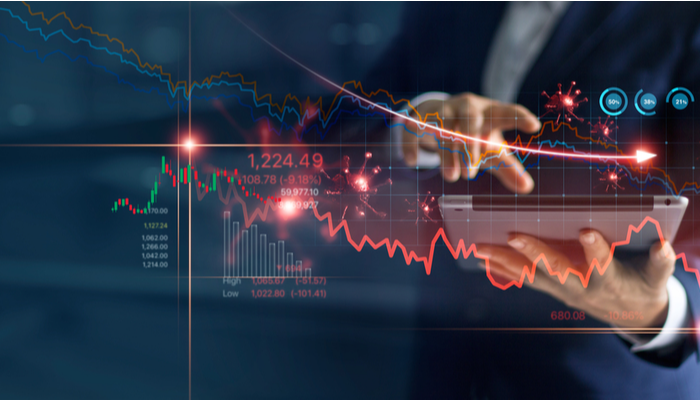 War operations continue in Ukraine without any sign of hostilities ceasing, beyond some regrouping of Russian troops. Negotiations resume today, but no further progress is expected.

There are talks of a possible meeting between the Russian and Ukrainian foreign ministers but not before one or two weeks. However, this piece of news provided by the US government from the intelligence services could be typical of a classic information war trying to discredit Putin and his entourage.

Therefore, hopes of reaching an agreement between the two parties that would end the bombing and the war have faded, at least in the short term. According to geopolitical experts, this will probably happen at some point but not before a week or two.

These discouraging circumstances caused a return to risk aversion in the market that led global stock indices to experience falls of around 1.5%.

We must also consider that yesterday was the last day of the quarter, a date on which the flows are due more to portfolio readjustments than to fundamental causes. That’s why we will have to weigh the performance of the stock markets in the first days of April to assess whether risk aversion continues or, on the contrary, the market benefits from the start of the earnings season.

Also noteworthy is the decorrelation between the behavior of oil and stock market indices. In recent weeks, the falls in the price of crude oil have coincided with advances in the stock markets and vice versa. However, on the last day of the month, the markets fell back even though oil fell more than 6% to levels close to $100 after President Biden announced the release of 1M BPD from strategic reserves over six months. This amount is added to the previous decision to release 500k bpd, largely compensating for the loss of supply due to the sanctions imposed on Russia. And all this even though OPEC+ did not cooperate, deciding not to increase production despite pressure from the US government.

If the International Energy Agency decides to release even more oil reserves at its next meeting, crude prices could go towards the levels before the beginning of the Russian invasion, the area of ​​94.70. 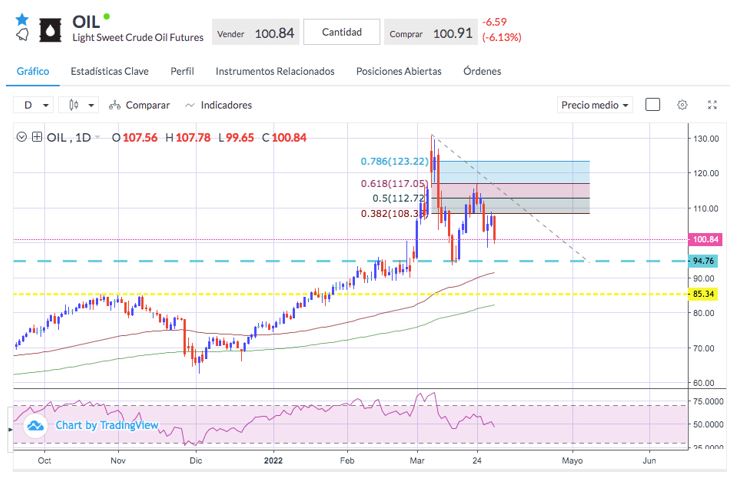