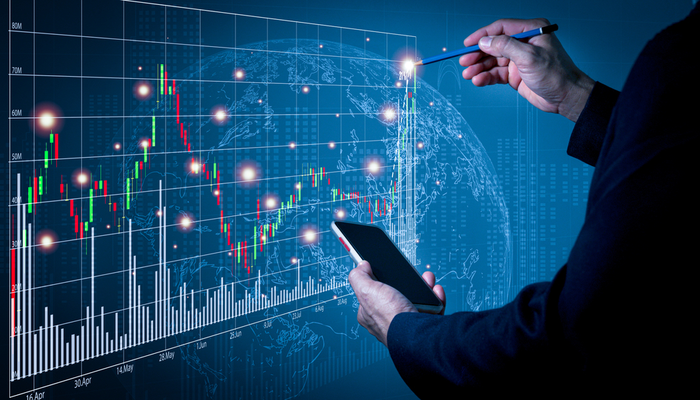 Germany's industrial production figure for April shows a considerable decline with a drop of 1%, well below expectations and falling from 2.2% in the previous month.

This is perceived as a negative figure, recorded mainly due to the shortage in the semiconductor market paralyzing production in essential industries like automotive. After the report’s publication, the euro suffered a minor drop.

EUR/USD retreated from the latest highs at 1.2190, but it is far from the lows of 1.2109 recorded before the release of the North American employment figure. 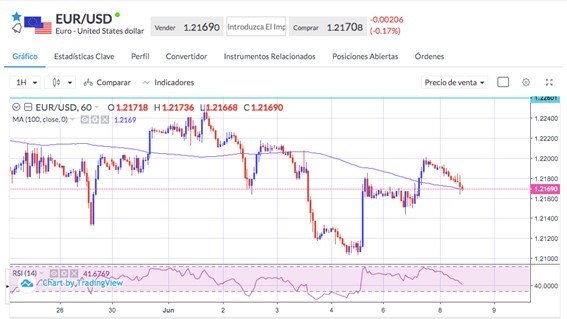 These bottlenecks in the supply chain partially explain why there are also rises in producer prices transferred to inflation figures. And this remains the main cause for concern and uncertainty among investors. Although last Friday's employment figure disappointed the market by not being high enough or at least not as high as the market expected, the focus remains on the possibility that central banks will start earlier than expected to reduce their asset purchases.

The U.S. CPI figure will be closely followed by investors who expect a significant increase of close to 5%. If this happens, the fear of inflation could reawaken in the market, encouraging expectations of rises in interest rates earlier than the current forecast.

The European Central Bank meets tomorrow and is expected to maintain an ultra-expansionary monetary policy without any change in interest rates and asset purchase program. It will be interesting for investors to learn more about the forecasts of the economic team on the European economy that still does not show the strength in the recovery that other countries are already experiencing. Any setback in these forecasts could affect the price of the euro without ruling out the possibility that President Lagarde would make some remarks regarding the recent strength of the single currency as a brake on its expansionary monetary policy objectives.

In Asia and, more specifically in China, there is concern about the high level of raw material prices. The Asian giant has already expressed itself in this regard with direct warnings that it would act against the excess of speculative positions, contributing to the spectacular price increase.

This upward movement seems to have come to a standstill for almost a month, and commodities such as COPPER are in a consolidation phase, approaching a support zone located at 4.4271, below which it would open the way to larger corrections. 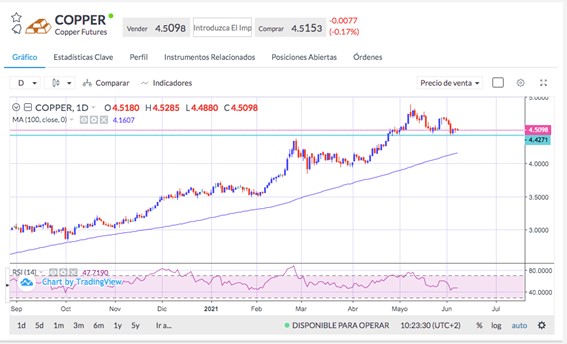