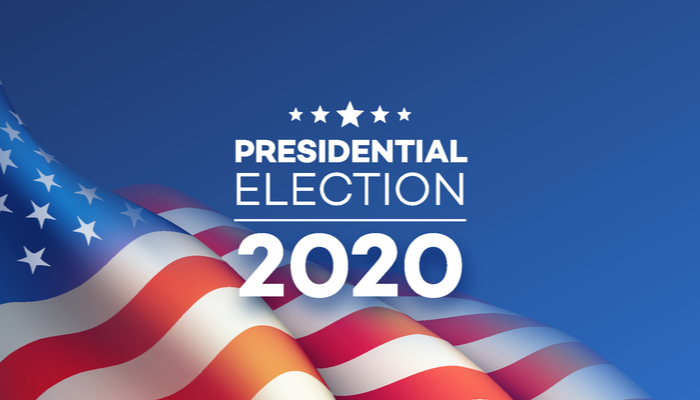 The reaction of the markets on this election day is one of moderate optimism, with the majority of investors undoing defensive positions, which has caused rises in global stock markets.

The Dollar has weakened against all currencies, with the sole exception of the Japanese Yen, which is also weakening for the same reason as the Dollar: safe -haven outflows.

Is this a normal reaction?

The polls' advantage can explain the interpretation of this market behavior to the Democratic candidate Biden. If the winner of the elections was the former vice president and mostly if the Senate was also in Democratic hands, the possibility of approving a larger fiscal stimulus package, above 2 trillion Dollars, would be a fact.

In this case, the stock markets would enthusiastically welcome this measure long-awaited by the markets. In the North American indices, USA30 would probably benefit the most since the fiscal stimulus measures would favor more cyclical values ​​that make up this index. 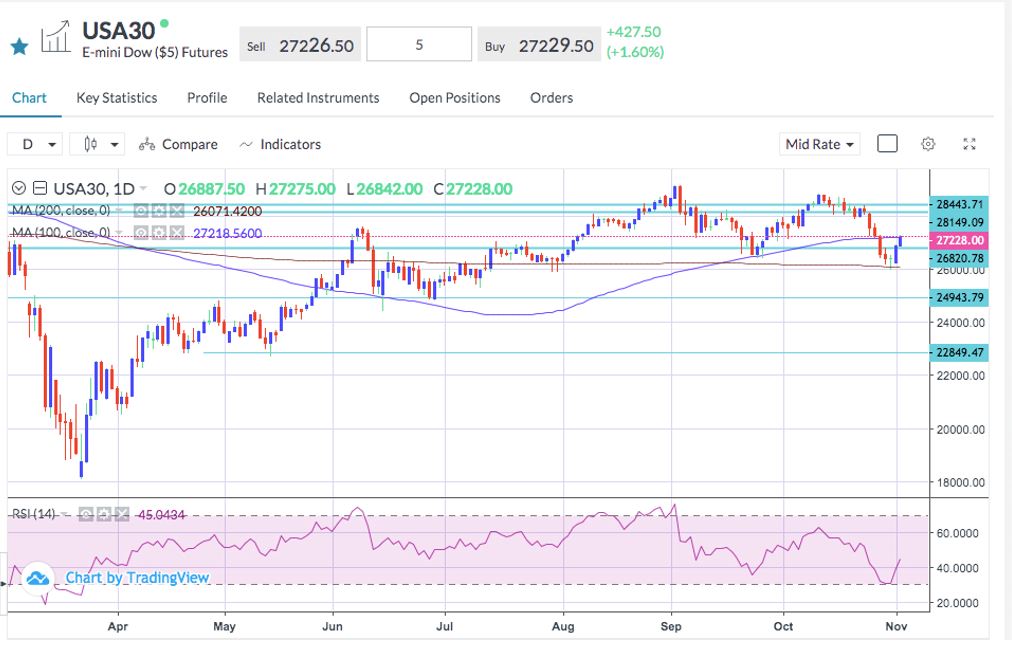 A better future behavior could be expected concerning TECH100, which is the one that has led the upward movement so far and that could be more affected by potential and a possible increase in corporate taxes that a Democratic government would implement to finance the huge deficit caused by fiscal spending.

European future under the sign of the election cross

But perhaps those who would benefit the most from a Democratic victory would be the European indices. With Biden as president, the dark clouds that Trump created with his continued threat to impose tariffs on exports from the European Union would disappear from the horizon.

DAX, in this scenario, could regain the level of 13,000, despite the dark panorama that the pandemic is posing in Europe.

The new expansive monetary policy measures that the ECB will undoubtedly implement at its next December meeting would act as a bullish boost for European indices.

But it is possible that the victory predicted by the polls is not so clear, and even the worst-case scenario would be for Trump to contest the electoral results.

Here we would return to the situation of total risk-off in the markets, even more so the longer it takes to determine who is the winner. Stock markets would suffer considerable losses, and the Dollar would again strengthen as a safe haven.

We will not be able to clear these unknowns for a couple of days. 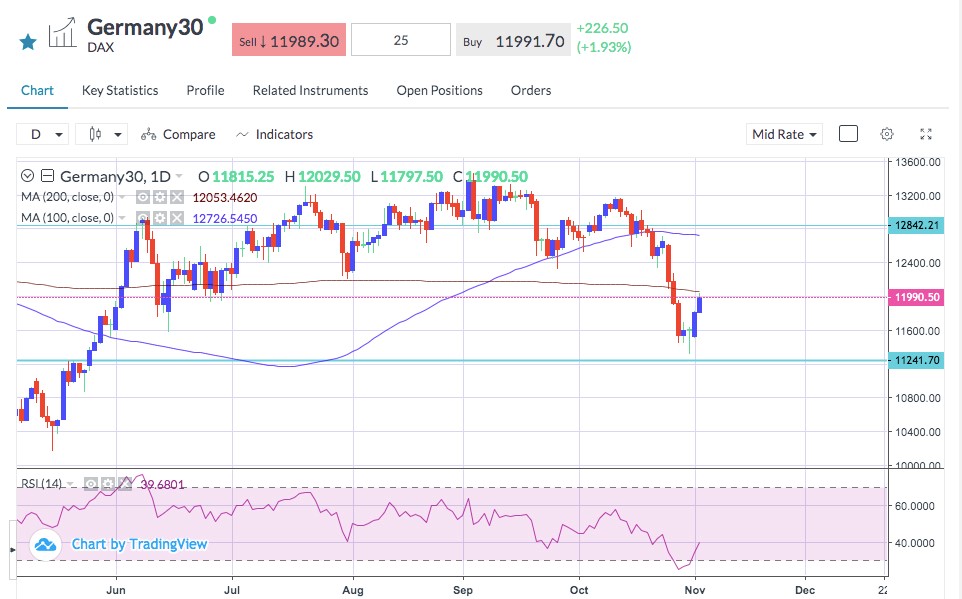