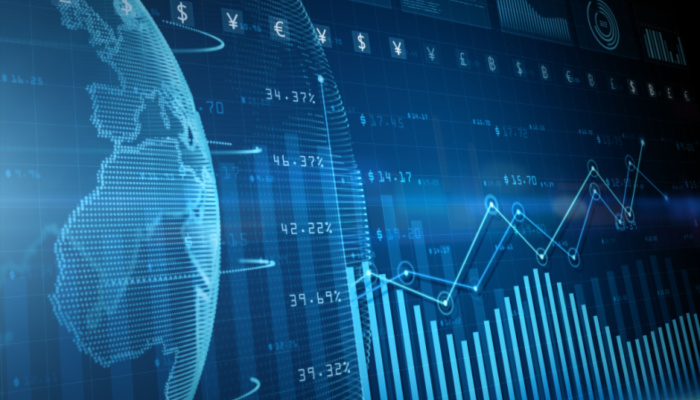 The preliminary US services PMI for July was released on Friday. It was the worst reading since 2009 (apart from a few months during the pandemic), with a figure of 47, indicating a contraction in activity.

The figure is well below the estimates and caused the US Dollar to drop against the Yen. At the same time, the treasury bond yields fell to the lowest levels in recent weeks, with the 10-year bond at 2.77%. In addition to raw materials prices, the Wall Street indices declined.

The bond market is signaling less fear of inflation and more fear of growth. Yields continue to fall sharply in a sign that bonds have seen enough gains to price in inflation with the growing possibility that a hard landing for the economy is looming.

Interest rates are expected to rise by 75 bps at this week's Federal Reserve meeting, although there are already voices pointing to a lower rise of only 50 bps.

Friday's movement was a classic of risk aversion mode market, fearful of an economic crisis. Traders searched for safe-haven assets such as treasury bonds, and, in this case, the Japanese Yen that seems to have resumed its refuge currency status.

The trigger was only a preliminary services PMI figure that, although it surprised the market with a much higher than expected drop, cannot be taken as a conclusive data. The manufacturing PMI remained at levels above 50 and very close to expectations. The move will likely have been lopsided on Friday, a less liquid day in the market and where traders tend to close positions for the week.

Comments from the former Fed chair and current Treasury Secretary continue to rule out the country's possibility of a deep recession.

This week, the GDP figure for the second quarter will be published, and a growth of 0.4% is expected after the fall in the first quarter. Another relevant data will be Personal Consumption Expenditure, the inflation indicator followed by the Federal Reserve.

The Nasdaq index closed 1.64% lower after a week of continued gains. Moreover, the earnings of the major American tech companies, Google and Microsoft, will be announced tomorrow. Undoubtedly, the performance of these companies will have a significant impact on the index value.

Technically, Nasdaq continues with a short-term uptrend that started in mid-June and now is close to the important 12,947 level above which the main downtrend would end. 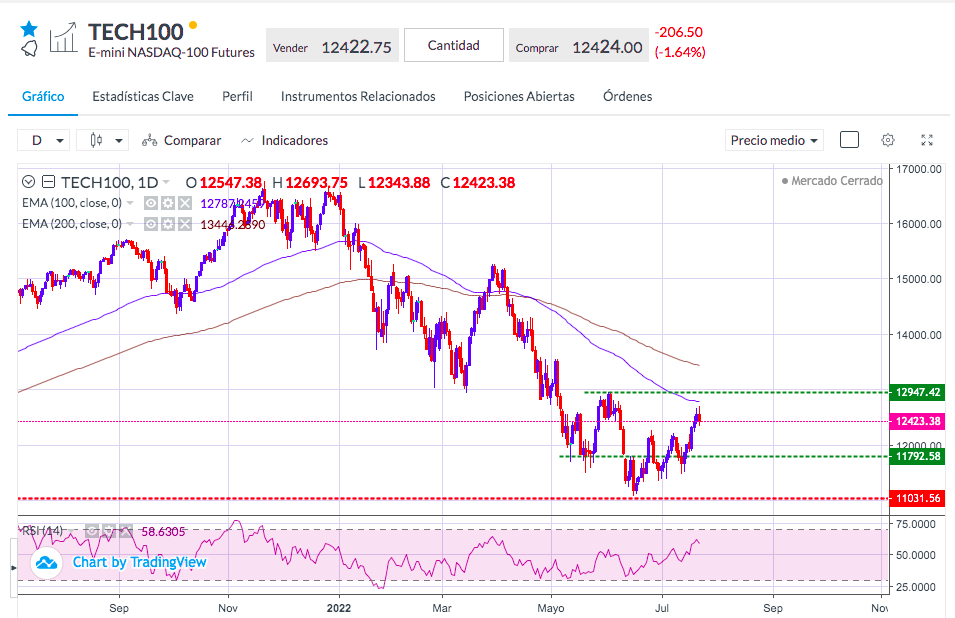