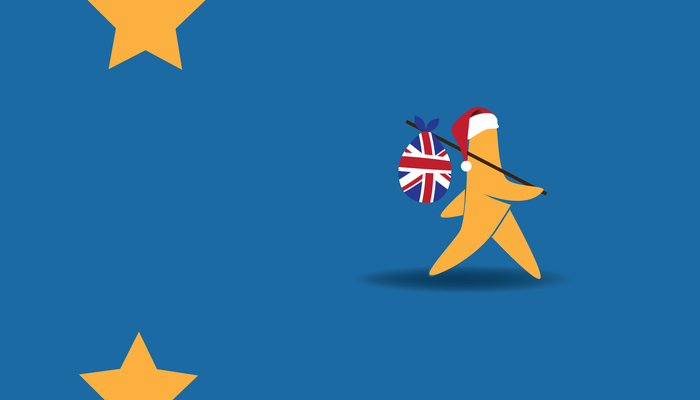 Brexit negotiations far from over, with just a few days remaining for an agreement

On the last business day of this week and one of the last of this year, the market is focused on the expected imminent announcement of an agreement on the United Kingdom's exit from the European Union.

Since yesterday and without any official confirmation yet at the time of writing this article, the media is waiting for the agreement to be officially announced at any time.

There are only unofficial statements when the fisheries hurdle has been overcome and that both Boris Johnson and Von der Leyen have had good discussions in this regard. But the details of the agreement remain to be seen.

In what situation are the commercial relations and what is more important, the deal must be approved by the British Parliament and by every member of the European Union. Although the agreement's announcement is a transcendental step, especially after the lengthy negotiations, the details remain to be analyzed.

Of course, there is no reluctance from any of the member countries of the European Union. It should be remembered that France threatened to veto any agreement that did not recognize its fleet's fishing rights in British waters.

But as usual, the market has begun to anticipate scenarios and, in this case, an optimistic scenario. In any case, investors have maintained, almost at all times, a positive bias, and reactions have always been more sensitive to a possible agreement than the opposite, perhaps because much of the challenging Brexit scenario had already been discounted in most assets, especially the British pound.

GBP/USD has gained around 250 pips from yesterday's lows after talks of a deal began. The pair is already at levels close to resistance around 1.3620. From a technical analysis point of view, it is making its way to levels above 1.4000.

Everything will depend first on the confirmation of the agreement, something that has not yet been produced, and on its details in the sense that all national parliaments can ratify them.

An agreed Brexit is also a positive factor for the rest of Europe. Removing tariff barriers and facilitating trade between Europe and the United Kingdom will benefit the European Union economy more than a hard Brexit.

The European indices, therefore, are awaiting the announcement with a slightly bullish bias.

DAX is experiencing rises above 1% since yesterday's close and is approaching the primary resistance zone between 13720 and 13760 in the near term. Above these levels, the next zone is the February high of this year, located at 13824.

Also contributing to this modest upward movement is the recovery of North American indices that have seen gains after President Trump spoke out against the fiscal stimulus plan's agreement.

Paradoxically, what the outgoing president advocates are an increase in this plan, contrary to the initial position of the Republican party and something that the Democratic party would undoubtedly support. An increase in the aid plan would further boost the North American indices.