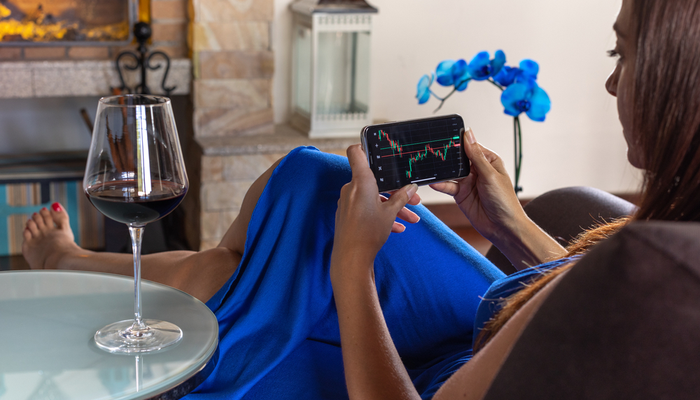 Both European and North American markets opened flat after their strong performance on Friday. However, their Asian counterparts (especially the Nikkei index) saw sharp rises.

It could be worth highlighting one of Christine Lagarde’s statements who announced that at ECB’s next meeting, scheduled for July 22, the Central Bank would update the forward guidance of their monetary stimulus policy. This leaves the door open to approve new measures next year once the current asset purchase program ends in March.

Some other statements are also in line with the message of last week's meeting, during which the ECB reviewed its inflation strategy, setting the target at 2% but allowing occasional increases above this level.

Even so, the euro has not been affected by these dovish expectations of the European Central Bank, starting today’s trading on a positive note. EUR/USD is approaching short-term resistance located at 1.1880 above which it could work its way to the next level located around 1.1980. 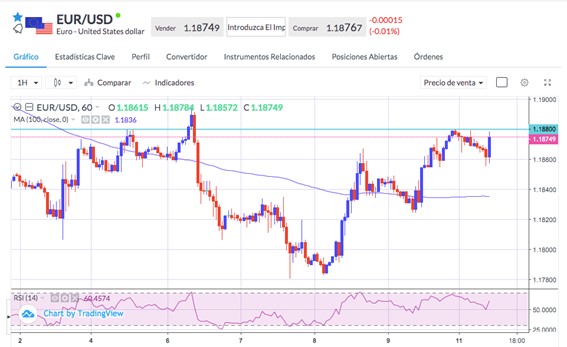 This movement could be due more to the weakness of the U.S. Dollar than to the strength of the euro. The North American currency is weakening today against almost all its counterparts mainly due to the decrease in U.S. Treasury Bond Yields - the 10-year benchmark fell to 1.33 %.

Looking ahead to this week, investors are expecting the start of the second-quarter earnings season with the release of U.S. investment banking figures. The forecasts point to an increase of 60% in the EPS for the USA500, although more important could be the predictions for the second half of the year.

The USA500 Index again hit an all-time high today at 4364 and remains close to this level. The trend remains bullish with daily RSI indicators close to the overbought zone but with no signs of exhaustion yet or bearish divergences from a technical perspective. 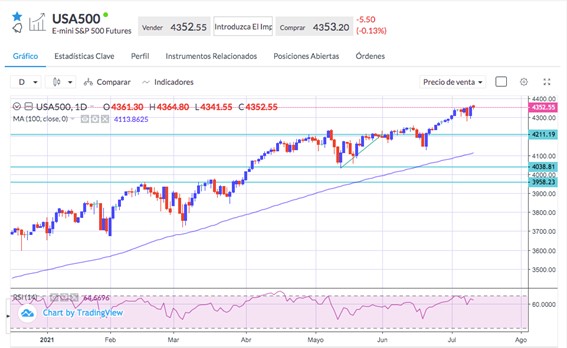 The U.S. inflation figures, both CPI and PPI, scheduled for release this week, may have a relevant influence on market performance and will be closely watched by investors. They could how whether upward price tensions are maintained or, as the Fed implies, they are only temporary increases. These economic figures may significantly influence the Federal Reserve's subsequent decisions regarding stimulus withdrawals and interest rate expectations.