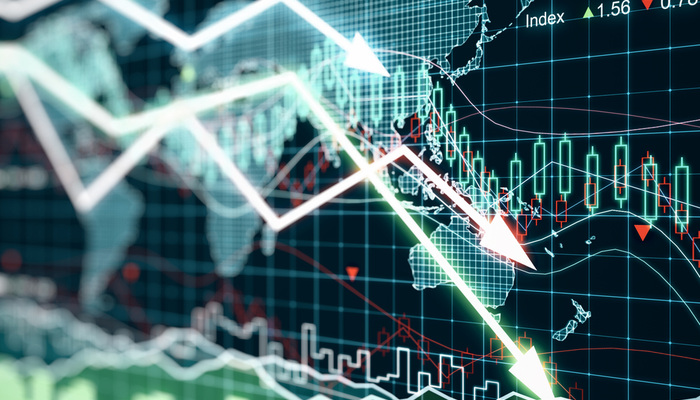 The U.S. Dollar retreats after U.S Treasury Bond Yields remain in the low zone after falling from 1.77% highs.

At least for the moment, the market seems to take it for granted that the Federal Reserve will achieve its goal of maintaining its zero-interest-rate policy for an extended period. The latest figures for retail sales and PMIs predict a rapid rebound in the economy that could return to normal with solid growth, earlier than was initially forecast. Some Fed members have stated that the 4% unemployment rate will be reached as soon as the end of this year, at the same time that the CPI figure will reach 2.5%.

But the markets must also keep in mind FED's asset purchase program is unlimited. Therefore, it can mark a stop to the fall of treasury bonds, as long as they are not forced to initiate a tapering process that could lead to a bearish movement of U.S. Treasury bond yields.

Meanwhile, the stock markets continue to rise, marking all-time highs each day. However, the U.S. Dollar is approaching levels of change of the uptrend caused by the rebound in bond yields that began at the end of last year.

The current scenario is characteristic of a market with a greater appetite for risk. The dollar ceases to act as a safe haven asset, weakened by outflows to other riskier assets.

EUR/USD has decidedly broken the 1.1988 resistance and is very close to the next resistance/pivot level of 1.2055, where the 100-day SMA line passes. Above this last level, the previous downtrend that started at the beginning of the year would be ended, and the pair could work its way towards the next resistance level between 1.2200-1.2210.

Today the European Central Bank meets, and no significant change in its monetary policy is expected. President Lagarde's statements will follow the previous trend of maintaining her ultra-expansive policy for as long as necessary until the European economy recovers. However, if the euro begins an upward momentum again, its policy can be threatened by the currency's strength that could act in the opposite direction. 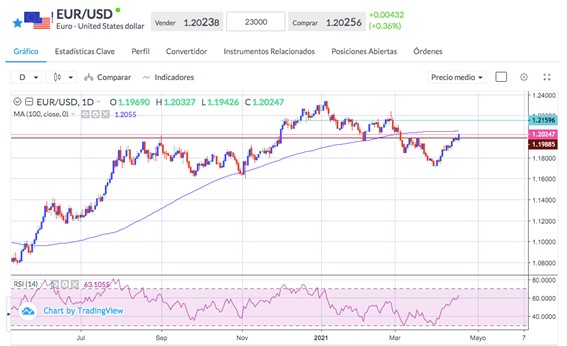 Technically, it would need to break through resistance between 1800 and 1810 to gain bullish momentum. Above these levels, the next major resistance zone would be 1869. 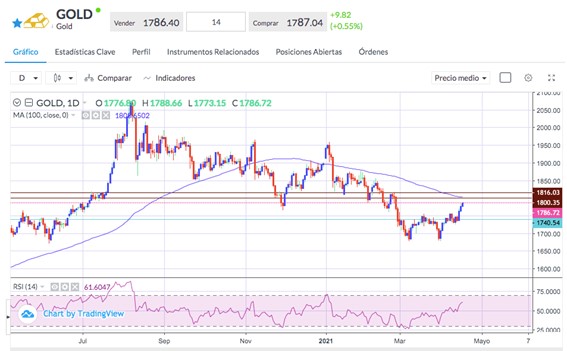