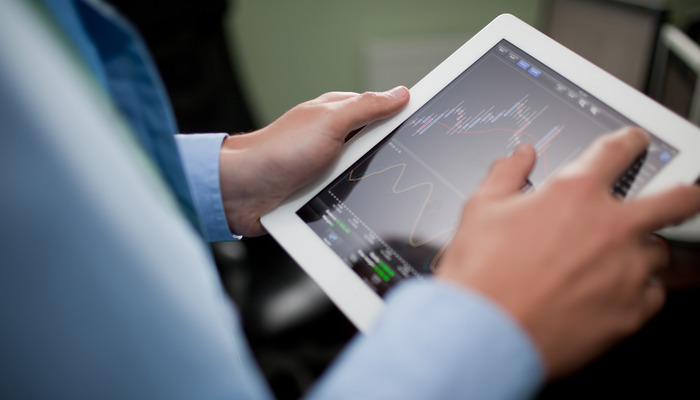 The week started in a low-volatility environment, as trading ranges are likely limited due to the U.S.' Independence Day holiday.

Later in the week, the focus of investors' attention will be on Wednesday's publication of Fed’s Meeting Minutes. The Federal Reserve’s members could resume theirs talks about a gradual reduction of bond purchases, potentially deciding to raise interest rates earlier than initially planned in their forward guidance.

In the employment report published on Friday, the jobs numbers increased by 850,000, surpassing expectations. However, the unemployment rate grew more than the numbers from the previous month.

The rate of growth of average hourly earnings slowed down, indicating a slower-than-expected pace of recovery in the labor market, and eliminating the pressure on the Federal Reserve regarding the withdrawal of stimulus. This was reflected in the rising prices of U.S. Treasury bonds, with the consequent drop in yields - the U.S. 10-year benchmark fell to 1.42%. Technically, Tnote broke above the 100-day SMA line and approached the main resistance level at around 133.00. 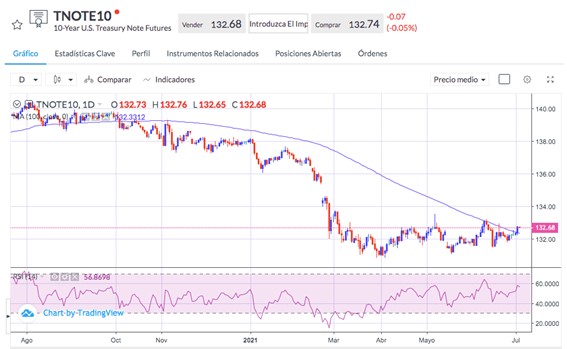 The stock indices fell slightly at the beginning of the session today, Monday. Today, the Caixin figure for China services was released, showing that the sector grew in June at its slowest pace in 14 months, with a figure of 50.3, the lowest since April 2020.

Add to that the equivalent figure for the manufacturing sector published on Thursday, also falling in June. Both of these reports suggest that the process of recovery from the crisis in the world's second-largest economy is beginning to wane, something somehow normal given the strong momentum that the economy of this country showed in the previous months.

If the slowdown continues in China, the engine of the world economy, it would have repercussions on the rest of the countries, potentially reflecting in the price of the stock market indices.

The USA30 index started the week with a slight setback. Its recent rally came very close to the main resistance zone around 34800 that it would need to break through to gain bullish momentum. This index is the one with the most significant composition of cyclical stocks, linked to economic growth, and which would be most affected if the rate of recovery slows down globally. 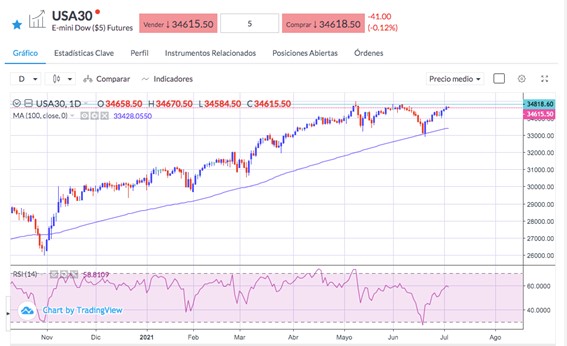