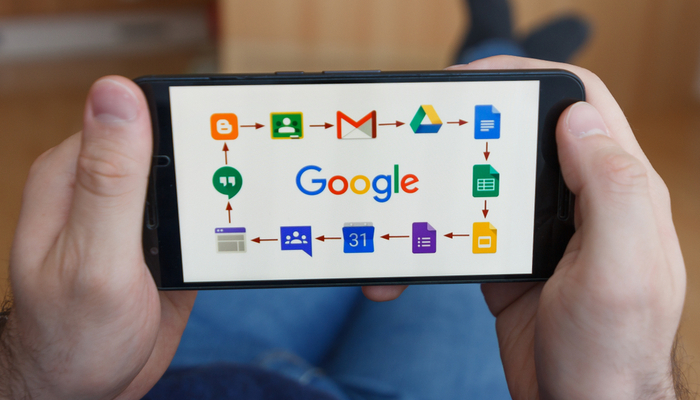 Google is trying to compete with Microsoft and Zoom

After the pandemic took over the world, and people had to start working from home, the need for tools that could help them keep in touch with others increased. After companies like Microsoft and Zoom stepped up their game, Google is doing the same.

Google announced that its famous productivity app suite – G Suite – will become Google Workspace. Through this revamp, Google brings to its clients tighter integration across the board, from e-mail to video, and from cloud storage to productivity apps. The new features allow users to join video-meetings directly from their #Gmail inboxes, chat from both #iOS and #Android Gmail apps, and share tasks and files within chat boxes. Also, Google Chat will allow workers to include in their chats people outside of their company.

Also, Google is offering businesses new plans. Besides the Business Partner and Business Standard plans, Google is rolling out Business Plus and Essential for $18/month, and $8 a month, respectively.

Currently, the new features are available only to paid subscribers, while consumers will be able to use them "in the coming months."

The announcement came after the US House Judiciary subcommittee claimed that the California-based company "had held its domination in markets ranging from search to advertising to maps by favoring its services and demoting third parties — often at the command of executives." The roughly 450-page report also stated that the company shows signs of unfair behavior in its cloud business and its Fitbit purchase proposal.

According to the same report, Google is responsible for 81% of general queries in the US on desktop, and 94% on mobile. The story says that Google imposed "algorithmic penalties" on its rivals and that companies had to spend more on ads because their products don't appear in basic search results.

Google responded to the allegations by accusing lawmakers of looking to help competitors than consumers, and that "We compete fairly in a fast-moving and highly competitive industry. We disagree with today's reports, which feature outdated and inaccurate allegations from commercial rivals about Search and other services."