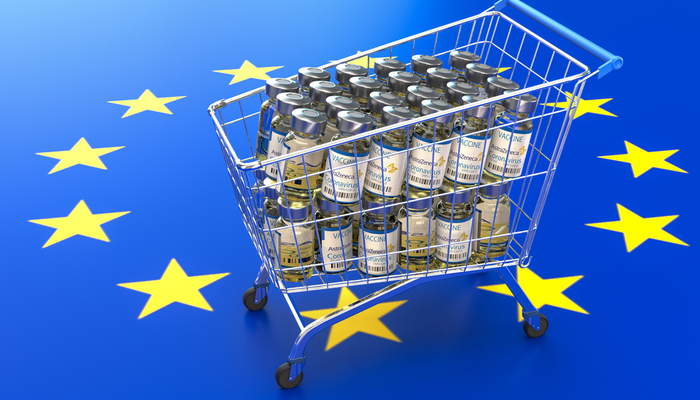 The EU’s action came after, in March, the European Commission President Ursula von der Leyen expressed her disappointment with the company. According to her statement, “AstraZeneca has unfortunately under-produced and under-delivered. And this painfully, of course, reduced the speed of the vaccination campaign.” So far this year, the EU and AstraZeneca have been at odds multiple times. The drug company announced that it wouldn’t deliver as many vaccines as the bloc was counting on, both during the first and the second quarter.

In the first three months of the year, the bloc expected 120 million doses but received only about 30 million. For Q2, it was hoping 70 million doses, down from 180 million originally anticipated.

According to AstraZeneca CEO Pascal Soriot, the low yields at the EU production plants were causing the delays. It has caused a postponement of vaccine’s rollouts in 27 European countries.

Later this week, all eyes will be again on the pharma company due to report quarterly figures on Friday.