Another engine failure for Boeing 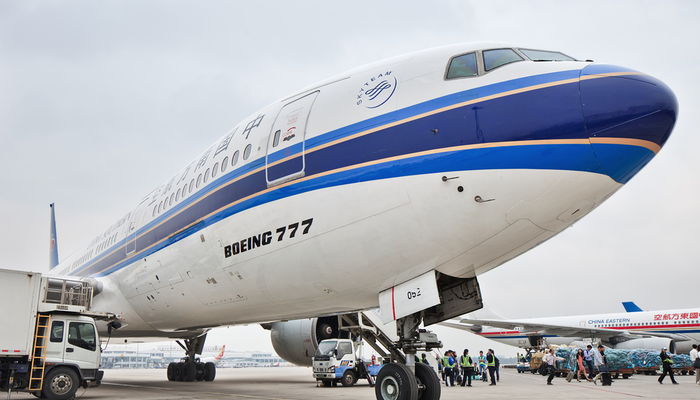 The Japanese Federal Aviation Administration announced that it would order to inspect multiple Boeing 777 jetliners and ordered airlines to suspend aircraft with PW4000 engine until further notice.

United Airlines, the only US airline with this type of engine in its fleet, said that it would temporarily remove 24 Boeing 777s from service after one of the planes had an engine failure this weekend.

In a separate statement, Boeing recommended the halting of the 777s that have the same engines as the used by United: “While the NTSB investigation is ongoing, we recommended suspending operations of the 69 in-service and 59 in-storage 777s powered by Pratt & Whitney 4000-112 engines until the FAA (Federal Aviation Administration) identifies the appropriate inspection protocol.”

Boeing is no stranger to this sort of incidents happening with its engines. In February 2018, a 777-200 having PW4077 engines suffered a failure near Hawaii as a fan blade fractured. However, the passengers and the crewmembers reached Honolulu safely.

Later that year, a passenger was killed after a fan blade broke off from a Southwest Airlines Boeing 737’s engine.